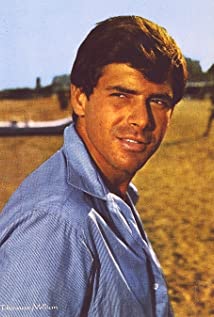 Tomas Milian, an American actor born in Cuba; was trained at the Actors Studio. He appeared in a few plays on Broadway, as well as in a show by Jean Cocteau in Spoleto. Mauro Bolognini noticed him and that was the starting point of a rich cinematographic career in Italy, where he played in all manner of genres. He interpreted a mad psychopath in The Ugly Ones (1966) (aka "Bounty Killer"), a role he would then improve and diversify into an impressive gallery of neurotic and sadistic killers, first in "spaghetti westerns" (many directed by Sergio Corbucci), and then in violent action and police thrillers (many directed by Umberto Lenzi). His films gradually evolved into action comedies, as he played the recurrent characters of thief "Er Monnezza" and cop Nico Giraldi (the latter being originally based on the lead character in Serpico (1973)), two typically Roman characters who enjoyed great popularity in the '70s and '80s.

For Love or Country: The Arturo Sandoval Story