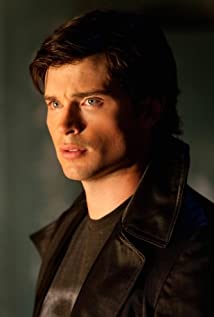 Tom Welling is probably best known for playing Clark Kent on the hit television series Smallville (2001).He was born Thomas Joseph Welling in Putnam Valley, New York, to Bonnie and Thomas Welling, who is a retired executive for General Motors. He has a younger brother, Mark Welling, who is also an actor, and two older sisters. He is of three quarters German and one quarter British Isles (mostly Irish) descent. Welling graduated from Okemos High School in Okemos, Michigan, when he was eighteen years old. Before that, he spent his freshman year in the Salesianum School in Wilmington, Delaware. He played a lot of varsity soccer in his high school and received "fair" grades on his exams. But even so, Tom did not want to go to college. He wanted to be a construction worker and after graduation worked in a construction service site.Tom eventually moved on to modeling after spending a period of time working in the construction business. While modeling, he met fellow celebrity and model Ashton Kutcher while they were booked for a project together. The two eventually become good friends. Even though both Ashton and Tom were famous models, Tom decided to be an actor. He had an offer from a guy who worked in the agency he was signed with to be an actor. Tom attended a few casting calls and not too long later, became an actor.The acting gigs that he received eventually made directors take more notice of him. Tom Welling was asked to play the role of Clark Kent in the hit series Smallville (2001). What many people probably don't know is that Tom turned down the role twice. He said that the reason he turned down the role wasn't because the story wasn't good, but it was because he thought the role was bigger than he was and he didn't want people to think that he wasn't a good enough actor.Even so, Tom ended up taking the role because he had the feeling that the show was going to be a great hit and he would be a fool not to take it. Tom even said he felt some sort of connection between himself and his character, Clark Kent. Therefore, Tom made himself a household name.Other than only becoming a face on television, Welling also acts in other movies. The movie with which he is probably most associated is Cheaper by the Dozen (2003), in which he starred with Steve Martin and Bonnie Hunt, and its sequel, Cheaper by the Dozen 2 (2005), in which he repeated his prior role. Tom has also starred in a B-grade horror flick, The Fog (2005), together with Lost (2004)'s star, Maggie Grace. Although that movie didn't really achieve box-office success, Tom's acting talents still got noticed by the critics. More recently, he co-starred in the fictional historical drama Parkland (2013) with Zac Efron, whom he befriended.Tom married Jamie White, one of his closest friends, on July 5, 2002. Tom has said that the person he respects the most is his wife, because she has the greatest heart. According to reports, while working on Smallville, he lived with his wife in Los Angeles, and relocated to Vancouver for filming. Tom and Jamie separated in 2013.

Cheaper by the Dozen 2