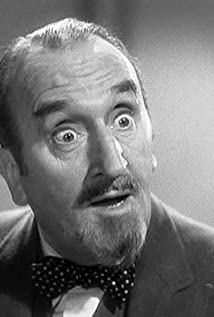 Comedy farceur Tom Walls is indelibly associated with the popular Aldwych Theatre farces of the 1920s and 1930s. Born in 1883, this English gent was a former constable and jockey before making his stage debut in 1905. As the star and producer of a succession of witty spoofs typically denigrating society's uppercrust, he often played the slick cad. Written expertly by Ben Travers and in tandem with fellow comic extraordinaires Ralph Lynn and Robertson Hare, the shows were chock full of sight gags, puns, double entendres and slapstick.With Walls at the helm as director, a number of their successes were transferred to the 30s silver screen, beginning with One Embarrassing Night (1930). The madcap nonsense seemed to be just what the doctor ordered, so an assembly-line of their classic stage shows were filmed, including Plunder (1930), A Night Like This (1932), Thark (1932), Turkey Time (1933), A Cuckoo in the Nest (1933), Dirty Work (1934) (directed only), and A Cup of Kindness (1934), more or less all of them presented as photographed plays. His career waned following the decade, but he was still seen in a number of films, both comedic and touchingly dramatic, until his death in 1949.

They Met in the Dark

A Cup of Kindness

A Cuckoo in the Nest