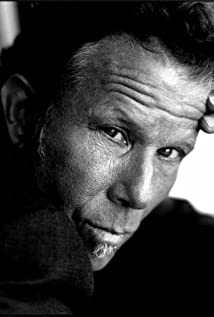 Thomas Alan Waits was born in Pomona, California, to schoolteachers Alma Fern (Johnson) and Jesse Frank Waits. Described as one of the last beatniks of the contemporary music, Waits in fact has two separate careers. From 1973 (LP "Closing Time") to 1983 ("One From The Heart" soundtrack), he recorded nine LPs for Asylum Records, writing songs mainly in the manner of Tin Pan Alley, mixing them with jazz and blues. Extraordinarily, he never produced a hit, but he earned a cult following all over the world. In 1983 he signed with Island Records, and released a series of albums that stunned the music world. Beginning with "Swordfishtrombones", he introduced a whole new orchestration, which included some of the instruments invented by Harry Partch. He found a new ground for his innovations, searching in sound fields that never before were searched. This second part of his career coincided with his marriage to Kathleen Brennan, a former writer for Francis Ford Coppola (Zoetrope (1999)). His LPs "Rain Dogs" (1985), "Big Time" (soundtrack) and "The Black Rider" are today what Kurt Weill's music was once. "The Black Rider" brings music written for the show directed by Bob Wilson and staged in Germany.

The Book of Eli

The Imaginarium of Doctor Parnassus

Bukowski: Born into This