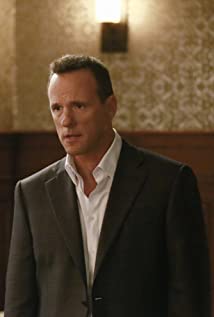 Tom has an illustrious career that spans thirty years in the entertainment industry. A gifted actor, director and producer, he is a true multi-hyphenate. A major force behind the camera, he also steps in front of the camera to act opposite Viola Davis as her husband, Sam Keating, in the ABC-Shonda Rhimes hit, How To Get Away With Murder. He also served as Executive Producer/director on Scandal and For The People for ABC. As a well-regarded director, Tom has helmed numerous episodes of television including The Umbrella Academy, Scandal, For The People, Grey's Anatomy and the upcoming Bridgerton on Netflix.Prior to Verica's full schedule as one of Shondaland's busiest players, Tom starred as Jack Pryor on NBC's acclaimed television drama, American Dreams. His diverse feature film acting credits include Zodiac helmed by David Fincher, Flags Of Our Fathers directed by Clint Eastwood, Murder By Numbers, Red Dragon, Father's Day, and Die Hard II.Among his extensive television appearances as an actor, Tom has starred on The Naked Truth opposite Tea Leoni, LA Law, Central Park West, The Nine and HBO's Emmy-winning, mini-series From The Earth To The Moon in which he portrayed astronaut Dick Gordon. Other highlights include stints on notable series Will & Grace, Providence and the famous 'conversion' episode of Seinfeld. In theatre, Tom has performed on and Off-Broadway in numerous stage plays including the award-winning Broadway production of Craig Lucas' Prelude To A Kiss at the Helen Hayes Theatre.He is a DGA member and currently serves on the Television Creative Rights Committee. He is married to writer, Kira Arne', and they have two children.

Scandal: The Secret Is Out