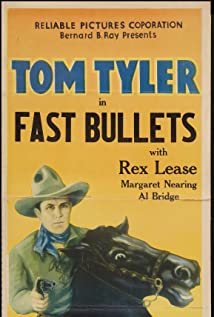 Popular American star of silent and early sound westerns and serials. Raised in Michigan, he went through a number of strenuous jobs (sailor, boxer, lumberjack, coal miner, etc.) before landing in Los Angeles and getting work as a movie extra and stuntman. His good looks and athletic physique (he was a champion weightlifter) led to an offer to play the lead in a series of silent westerns, which he filmed under the stage name Bill Burns. In 1925, FBO signed him and changed his name to Tom Tyler. He became one of the studio's most popular action stars and initially made a smooth transition into talking pictures, for which he worked hard to lose his natural Lithuanian accent. As the '30s progressed, however, he began to face stiff competition in the arena of B-westerns and started taking supporting roles in larger-budget pictures, such as Stagecoach (1939) and Gone with the Wind (1939). In 1941, he took on perhaps his most famous role as the eponymous hero of Adventures of Captain Marvel (1941). This serial and several others brought him new fame, but within three years of playing Captain Marvel, Tyler's career was almost ended when his health failed. Rheumatoid arthritis crippled him and he was reduced to occasional minor supporting roles, often for John Ford, for whom he had worked in a number of films prior to his illness. During the last part of his career 1948-54, though reportedly in poor health, he appeared in supporting roles in over 35 films and TV series, including TV episodes of "The Lone Ranger", "The Cisco Kid", "The Range Rider", "Gene Autry", "Cowboy G-Men", and "Dick Tracy". He also co-starred with Tom Keene in an unsold TV pilot, "Crossroad Avengers" (1953), written and directed by Ed Wood. He eventually returned to live with his sister in the Detroit area and died there of heart failure at the age of 50 in 1954.

Best of the Badmen

Blood on the Moon