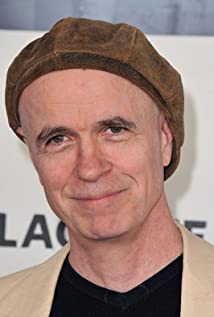 Offbeat character actor Tom Noonan, born in Connecticut on April 12, 1951, started off his career in various theater troupes that utilized his skills as a guitarist and composer. A graduate from Yale's acting school, he founded the Paradise Theatre in 1983, which was instrumental later in his growth as an artist.Gravitating toward film and TV in the 80s, he began appearing regularly in edgy, unsympathetic roles, most notably as the "Tooth Fairy" serial killer in Manhunter (1986) which was the first feature length film to introduce the infamous Hannibal Lector character. Most of his other work at this time was solid but unrewarding, including such looming parts in Easy Money (1983), Best Defense (1984), The Monster Squad (1987) and RoboCop 2 (1990), so he began to take classes in writing and directing in order to extend himself.In the mid-90s, by appearing in a number of mainstream parts, he was able to finance his own first play-turned-art house film project What Happened Was... (1994), which became the darling of the Sundance Film Festival that year and won the Grand Jury Prize, not to mention an Independent Spirit nomination. He filmed it in eleven days at a cost of $300,000, and managed to edit it only hours before the Sundance deadline. The success of the two character film, which starred Tom and Karen Sillas as an awkward couple on their first date, induced Tom to finance another film, The Wife (1995), based on his Obie-winning (for writing) play "Wifey", which co-starred Tom with Julie Hagerty, Wallace Shawn and his one-time wife Karen Young. This film, which was warmly received at the Sundance Festival as well, was barely released theatrically, however, as was his third hands-on feature Wang Dang (1999).Notable 90s TV work included roles in The X-Files (1993) and the miniseries North & South: Book 3, Heaven & Hell (1994), in which he also composed the score. Into the millennium, Tom was seen in such films as The Egoists (2003), Madness and Genius (2003), Seraphim Falls (2006), The Alphabet Killer (2008), The House of the Devil (2009), Night of the Wolf (2014), The Shape of Something Squashed (2014) and Wonderstruck (2017). TV offerings included "CSI," "Law & Order: Criminal Intent," "Law & Order: Special Victims Unit," and recurring roles on Damages (2007) (as Detective Huntley), Hell on Wheels (2011) (as Reverend Cole) and 12 Monkeys (2015) (as Pallid Man).The New York-based actor continues to perform as well as teach acting at the Paradise Theatre, where many of his plays-turned-films got off the ground. He has also written short works of fiction.

The Shape of Something Squashed