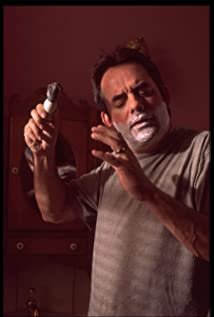 A native of Illinois, Tom Irwin attended Illinois State University. After graduation, he joined the prestigious Steppenwolf Theatre Company of Chicago. The renowned ensemble of artists - among them Laurie Metcalf, John Malkovich, Gary Sinise and Joan Allen - still work together as often as possible. Irwin has been involved in over 50 Steppenwolf productions as an actor or director. Highlights include: "The Grapes of Wrath", also Royal National Theatre; "Balm in Gilead", also Off-Broadway; "My Thing of Love", also Broadway; "Frank's Wild Years", with Tom Waits; "Space", also Off-Broadway. In the summer of 2002 he co-starred with Madonna in "Up for Grabs" at the Wyndam's Theatre in London. He has been on the faculty of The Goodman School of Drama at Depaul University and Columbia College in Chicago.In addition to his filmography credits, he has starred in many telefilms and was a series regular on My Life and Times (1991) and My So-Called Life (1994). Tom makes his home in Los Angeles.