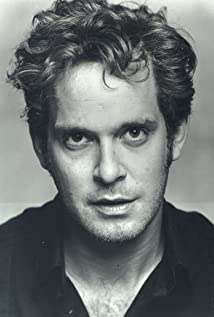 Tom Hollander was born the second child of educated parents, both teachers. He grew up in Oxford, (UK).Hollander credits the happy atmosphere of the Dragon School with his childhood introduction to acting. There, encouraged by an influential teacher named Andrew Roberts, he won the title role in "Oliver". His studies continued at Abingdon, as did his pursuit of acting. At about this point, he won a place in the National Youth Theatre, a UK organization for young people in the field of musical theatre, based in London, and later at the Children's Music Theatre. It was during CMT's "The Leaving of Liverpool" (1981) that he came to the attention of BBC television, and subsequently found himself front and center as the young protagonist in a well-regarded John Diamond (1981), based on the popular Leon Garfield adventure novel. He was just fourteen years old.Other early projects included two roles in Bertholt Brecht's "The Caucasian Chalk Circle" (1985) for the National Youth Theatre, and "A Midsummer Night's Dream" for Oxford University Dramatic Society.Hollander attended Cambridge University at about the same time as his childhood friend Sam Mendes in a visually bold (and well-remembered) staging of "Cyrano de Bergerac" (1988). Other collaborations with Mendes have followed, including work at the West End production of "The Cherry Orchard" (1989, with Judi Dench), and the Chichester Festival Theatre (1989) as well as a Toronto staging of "Kean" (1991) with Derek Jacobi. He also appeared in the Cambridge Footlights Revue (1988).Upon graduation, Hollander hoped to gain entry to drama school, but found himself disappointed. The oversight did nothing to discourage a successful career already well under way: he garnered an Ian Charleson Award for his turn as Witwould in "The Way of the World" (1992), was nominated again for a "splendidly sinister, manic" performance as "Tartuffe" (1996), and yet again as a finalist for his Khlestakov ("a performance of ideal vigour and impudence"), in Gogol's "The Government Inspector" (1997). Inevitably, Hollander was urged to try films, and appeared in two films as early as 1996. True Blue (1996) (aka "Miracle at Oxford") found him in a small but memorable role as the cox for Oxford's noted 1987 "mutiny crew" that went on to win the that year's boat race against Cambridge, and in a thankless role in Some Mother's Son (1996), a sober drama about an IRA gunman, playing a Thatcher representative.Hollander's career has featured a number of memorable gay roles. His fans are especially fond of the larger-than-life Darren from Bedrooms and Hallways (1998), a romantic comedy with what one reviewer called the "funniest bedroom scene of the year" involving Hollander's character and Hugo Weaving. The over-the-top Darren was so convincing that some viewers assumed Hollander was gay. "Sometimes I call myself a professional homosexual impersonator," he told an interviewer at the time, quickly adding, "you could say that ...Sir Ian McKellen and Rock Hudson do straight actors." The following year, he would take on a very different kind of "gay" role, playing the notorious "Bosie" (Lord Alfred Douglas) against Liam Neeson's Oscar Wilde in "The Judas Kiss" (1998)."Martha -- Meet Frank Daniel and Laurence" (aka The Very Thought of You (1998), with Joseph Fiennes and Rufus Sewell, brought accolades for his standout role as Daniel, a difficult music executive. Variety, impressed, noted him for "U.K. legit work" and called him the "undisputed hit of the pic".2001 brought Gosford Park (2001), Robert Altman's masterfully stylized murder mystery, in which he played the quietly desperate Anthony Meredith against Michael Gambon's callously indifferent paterfamilias. Hollander's name figures in a half dozen or more "Best Ensemble" awards for this complex, multi-storied film.Considered the character-actor-of-choice for roles with comedic qualities, Hollander has challenged assumptions about his capacity by taking on difficult, troubled characters such as the tightly-wound King George V in Stephen Poliakoff's The Lost Prince (2003) for BBC and the demented fascist dictator Maximillian II in Land of the Blind (2006). Hollander himself is particularly proud of the film Lawless Heart (2001), a slyly humorous, cleverly constructed comedy-drama told from three viewpoints. Hollander's character, the heart of the film, is a decent man, devastated by the death of his partner, and grieving privately as the stories of friends and family unfold around him. A study of desire, loyalty and courage, the film was very well reviewed and much respected.More recent film work has brought him to the attention of mainstream movie audiences, who now know him as the magnificently petty tyrant Lord Cutler Beckett in the second and third installments of Disney's "Pirates of the Caribbean" movies, Pirates of the Caribbean: Dead Man's Chest (2006) and Pirates of the Caribbean: At World's End (2007). This role brought another kind of ach

Mowgli: Legend of the Jungle