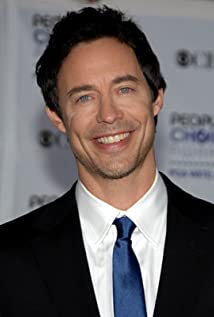 Golden Globe-nominated actor / director Tom Cavanagh can be seen acting in and directing Warner Bros.' The Flash (2014) on the CW. He additionally just completed post-production on his short film Tom and Grant (2018) which he wrote, directed and starred in opposite his "The Flash" co-star Grant Gustin.In addition to his current series, Cavanagh has extensive television, film and theatre credits. He starred on and directed NBC's Ed (2000) (for which he received a Golden Globe nomination for his performance). He was also nominated for a Daytime Emmy for Showtime's critically acclaimed Bang Bang You're Dead (2002). Additional television credits include NBC's Scrubs (2001), CBS' Love Monkey (2006), ABC's Eli Stone (2008) and TNT's Trust Me (2009) opposite Eric McCormack. Recent film credits include the thriller 400 Days (2015), the upcoming indie Love & Debt (2019), Yogi Bear (2010) with T.J. Miller and Justin Timberlake, Two Weeks (2006) opposite Sally Field and the controversial Breakfast with Scot (2007) that was dubbed the 'gay hockey movie.' Theatre credits include Broadway turns in Shenandoah and more recently the Tony award-winning Urinetown. Directing is a major focus for Cavanagh and his additional credits include various theatre productions, the NY-based Money Game (2008), and the feature film Faith.In his spare time, Cavanagh works closely with Nothing But Nets - a grassroots campaign of the United Nations Foundation to raise awareness and funding to fight malaria in Africa. Born in Ottawa, Canada, Tom actually lived in Ghana himself as a child and contracted the disease. Cavanagh splits his time between NYC and Vancouver where "The Flash" is filmed.