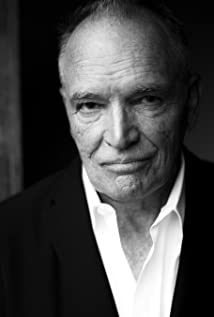 Tom Bower grew up in Denver, Colorado, and thought he would have a career as an athlete, having played varsity baseball, basketball, golf, ran track, and just assumed a professional career would follow. Didn't quite work out that way, and so, his hobby of acting seemed to be the next course of action. He immediately set off for New York City, following graduation and a season of summer stock at America's oldest summer stock theater, Elitche Garden's Summer Theatre, in Denver. Tom, at the ripe old age of 17, wasn't quite ready to take the city and Broadway by storm, but he was about to have a real adventure starting off with his enrollment at the American Academy of Dramatic Arts. Robert Redford, was in his class but no one really knew he was at that time, and Tom was even less well known. After a year and a half at the Academy, he shifted gears and began studying at John Cassavetes Shadows Workshop, and Tom's first film work ever was in Cassavetes first film; SHADOWS, shot in 1957. Returning home to Denver each Summer, Tom married his first wife and had a couple of kids. Straight jobs were necessary to provide for a young family and after running the gamut of all kinds of employment endeavors, Tom broke into the field of Private Investigation and that became his calling card for the next 15 years. During that time, he divorced and later married his true love Ursula, with whom he is now celebrating 47 years of wedded bliss. They have 4 Grandchildren and a wonderful life in Los Angeles. Some 166 feature films and television shows later along with 87 or so theatrical productions behind him, Tom now splits his time between acting and producing. He's also been the founder of three legitimate theatre companies including the MET Theatre, which included such associates as James Gammon, Tim Scott, Ed Harris, Amy Madigan, Holly Hunter, and Pulitzer Prize winning playwright, Beth Henley. Film work has afforded Tom and Urs the opportunity of travel to such far off places as China, Morocco, Poland, South Africa, Germany and oo-la-la, Paris, France, the U.K., Italy and Canada. Still going strong, Tom just completed filming LIGHT OF MY LIFE; a movie written, directed and starred in by Academy Award winner Casey Affleck. "We've just now returned from the 45th Anniversary Reunion of the Waltons and the 1 year Anniversary of Waltons creator, Earl Hamner's passing, which was held in Earl's home town of Schuyler, Virginia. Also home of the Waltons Museum. Life goes on".

Light of My Life

Neither Wolf Nor Dog