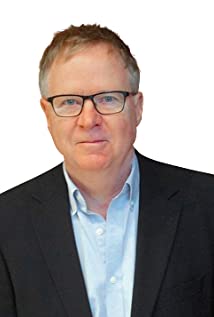 After graduating from Concordia University's cinema department, Berry formed Allegro Films in 1984. Allegro became one of the largest Canadian producers of feature films. Berry served as president of Allegro from 1984-1997. Allegro Films' primary activity was feature film production but, under Berry, Allegro was also active as a film distributor through theatrical releasing and television sales, and as an electronic post-production facility. Allegro was merged with a publicly traded company, Coscient Group, now part of Quebecor.Berry has produced and executive produced more than 40 feature length films. He has also been a director and screenwriter. Some of Berry's credits include CRAZY MOON, starring Kiefer Sutherland, released in American theatres by Miramax; NEVER TOO LATE, starring Olympia Dukakis and written by Donald Martin; SCREAMERS, released by Columbia-Tri-Star; THE ASSIGNMENT, starring Aidan Quinn, Donald Sutherland and Ben Kingsley; and THE UNSAID, starring Andy Garcia.In 2001, Tom Berry founded Montreal based Premiere Bobine which is active in the production, development, finance, and distribution of feature length films for television, video, and theatrical release. Through its affiliate Reel One Entertainment, Premiere Bobine is a partner in the foreign sales company Imagination Worldwide, and in the management company Reel World Management.In addition to his producing activities, Berry is a past Chairman of the Canadian Film and Television Production Association, and has been active in industry affairs and associations. Berry received The Jack Chisholm Award for Entrepreneurial Excellence for lifetime achievement in the film and television industry.

Your Boyfriend is Mine

Love and the Radio Star

The Princess and the Bodyguard

A Bridesmaid in Love

Love Under the Lemon Tree

The Song to My Heart

Meet Me in New York

A Baby at any Cost