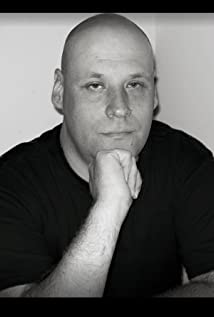 Todd Martin grew up in Irvington, a small town in Kentucky. Thanks to his mother, father, and favorite uncle he started watching horror films at a very young age and has been a horror geek ever since. He is basically a walking encyclopedia of horror flicks (especially the 80's slashers) and has been writing for the biggest majority of his life. His first book, Nightmare Tales was published in 2006 and he has had several short stories published in several collections with other talented authors such as Steven Roberts, Jonathan Moon, and Thadd Presley (among others).He and his wife Trish just published their book "The Gardener," a horror novel that is a throwback to the slasher films of the 80's. He currently writes articles, conducts interviews, and reviews movies and books for Horrornews.net and has been known to act from time to time as he has appeared in a handful of low budget horror films. He also enjoys writing screenplays and enjoys making movies as well. He wrote the segment "Angel" which appeared in the 2004 film Tales from the Grave 2: Happy Holidays! which was produced and directed by scream queen Stephanie Beaton that premiered in Los Angles, and he recently appeared in Tim Ritter's film Deadly Dares: Truth or Dare 4. His short script Lucky was one of the winners of the Unscripted 2 screenplay contest and two of the films that he has written-The Intruder and Zombie Insurance are now in production and will be released in late 2014. At the moment he is putting the finishing touches on his newest novel Carnivorous and is in the process of writing a horror-related comic book that is along the same lines as Tales from the Crypt. He resides in Kentucky with his wife Trish, their cats Buffy and Willow, and their wiener dog, Cujo.

Sharks of the Corn

It Lives in the Attic

I Dared You! Truth or Dare Part 5 (Video)