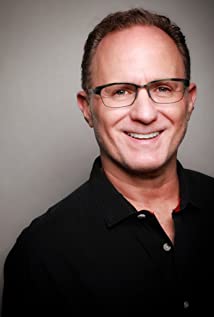 Todd Holland's life was changed forever when, at the age of five, he saw an episode of Jonny Quest that scared the bejesus out of him - and from that moment he wanted life to always be that exciting. Story-telling became his gateway drug of choice. Since that fateful viewing, Todd has directed more than 200 episodes of television and three feature films including the gamer, cult-classic, The Wizard. His work has earned him three EMMY Awards, eight EMMY nominations, five Cable-Ace Awards, a DGA award, six DGA nominations and a WGA nomination. As a director and producer, he was a key creative force behind The Larry Sanders Show, Malcolm In The Middle and he co-created the short-lived but enduring-fan favorite, Wonderfalls. His episodic work spans the gamut of genres - from Twin Peaks, My So-Called Life, Stitchers and Shameless on the drama side to Tales From The Crypt, Friends, Black-ish and Unbreakable Kimmy Schmidt in comedy. He just signed his third overall deal with ABC Studios under his Dark Toy Entertainment shingle. While at ABC/Disney, Todd was proud Director/EP of ABC's The Real O'Neals -- a show that will forever hold a special place in his heart. Todd earned his big break after Steven Spielberg saw his UCLA short film, Chicken Thing, and hired him to write and direct for Amazing Stories. (Fun Fact: Chicken Thing was a fictionalized re-telling of that fateful night watching Jonny Quest at 5yo - but adding a giant Chicken Monster, because... why not?) Todd joined the DGA in 1986. He is co-Chair of the Diversity Task Force of the DGA, working to increase the number of women and men of color directing episodic TV. He is happily married to Scotch Ellis Loring and is the loving father of amazing Triplets.