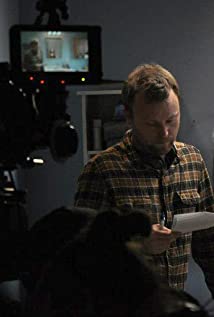 Todd Bishop is a director, editor, cinematographer, and producer based in Los Angeles and Portland. A member of both the Directors Guild of America and the Motion Picture Editors Guild, he has over fifteen years of experience creating for television, film and new media.Todd's directing credits include Jimmy Kimmel Live, The Ellen DeGeneres Show, segments for SYFY, Adult Swim, Fox Television, MTV, VH1, and E!. He directed the feature film Devil's Night, comedy videos for Funny or Die, as well as branded content for Nivea Men and Matador Jerky. He has also spent time on the sets of New Girl, The Grinder, and Community where he shadowed directors Jay Chandrasekhar and Jamie Babbit.Todd edited commercials and behind the scenes content for Adult Swim's Rick and Morty, seasons two and three of 3Arts Entertainment's sports-mockumentary series The 5th Quarter and season two of Now We're Talking for LeBron James' Uninterrupted. He's cut branded series for Hollister, web series for Rhett and Link's Mythical Entertainment, and numerous shorts for LA-based film festival Channel 101. Deflowered, the documentary short subject he produced and edited was an official selection of the Mill Valley Film Festival.As a cinematographer, he has filmed material for Rick and Morty, Childrens Hospital and NTSF:SD:SUV on Adult Swim, pilots for E! and VH1, segments for TruTV and IFC, and many shorts and web series, including Le Typewriter, which was recognized as an Webby Official Honoree for Comedy: Longform or Series.