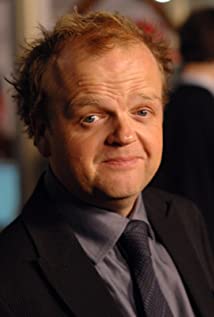 Widely regarded as the one of greatest stage and screen actors both in his native Great Britain and internationally, Toby Edward Heslewood Jones was born on September 7, 1966 in Hammersmith, London. His parents, Freddie Jones and Jennie Heslewood, are actors as well. Toby has two brothers: Rupert, a director, and Casper, a fellow actor. He studied Drama at the University of Manchester from 1986 to 1989, and at L'École Internationale de Théâtre in Paris under Jacques Lecoq in Paris from 1989 to 1991. Naturally, his career began on the stage (and continues there), but film and television roles came soon after his studies.Toby made his film debut with a small role in Sally Potter's experimental take on Virginia Woolf's novel, Orlando (1992), starring Tilda Swinton. Other small film roles included the doorkeeper in Les Misérables (1998) and a memorable turn as the Royal Page in Ever After: A Cinderella Story (1998) with Drew Barrymore.Roles in the acclaimed Victoria & Albert (2001) and the Helen Mirren-starring Elizabeth I (2005) were balanced with film work, from his voice role as Dobby the House Elf in Harry Potter and the Chamber of Secrets (2002) to supporting appearances in Ladies in Lavender (2004) (co-starring his father, Freddie), Finding Neverland (2004) and Mrs. Henderson Presents (2005).He continued stage work during this period, appearing on Broadway in The Play What I Wrote in 2003, a year after winning the Laurence Olivier Theatre Award for Best Actor in a Supporting Role for his performance in the London production.Infamous (2006), directed by Douglas McGrath and released in 2006, was Toby's first starring role. His acclaimed portrayal of Truman Capote remained mostly in the shadow of Philip Seymour Hoffman's Oscar-winning performance of the author in 2005's Capote (2005).A steady stream of film roles followed with appearances in Amazing Grace (2006), The Painted Veil (2006), Nightwatching (2007), The Mist (2007), and St. Trinian's (2007). Toby then appeared in three successive films that could have been commercial breakthroughs: kid-lit flop City of Ember (2008), the Oscar-nominated Frost/Nixon (2008), and Oliver Stone's W. (2008).He reprised the voice-role of Dobby in Harry Potter and the Deathly Hallows: Part 1 (2010), appeared in the St. Trinian's sequel, as well as the Charles Darwin biopic Creation (2009) and Dustin Lance Black's post-Milk (2008) directorial outing, Virginia (2010). More Hollywood roles followed with appearances in The Rite (2011), Your Highness (2011), and his first big live-action breakthrough as Red Skull's biochemist Dr. Arnim Zola in Captain America: The First Avenger (2011).Even before Toby was announced as Claudius Templesmith in the adaptation of the novel The Hunger Games (2012), his star was on the rise after Captain America, with roles in three Oscar-nominated films: Tinker Tailor Soldier Spy (2011), My Week with Marilyn (2011), and The Adventures of Tintin (2011). Though chances are he will forever be known by many as Claudius, the announcer for The Hunger Games with the booming voice and penchant for ending his statements with the phrase, "And may the odds be ever in your favor!"Toby followed up this massive success with his mesmerizing tour-de-force interpretations as a sensational multifarious "chameleon" of substantial acting mastery in films such as Red Lights (2012) for Buried (2010) director Rodrigo Cortés, Snow White and the Huntsman (2012), The Hunger Games: Catching Fire (2013) reprising his role as Claudius Templesmith, Peter Strickland's Berberian Sound Studio (2012), Susanne Bier's Serena (2014) and Journey's End (2017). Among others, The Girl (2012), a BBC/HBO co-production in which he starred as Alfred Hitchcock, Titanic (2012), The Secret Agent (2016), Wayward Pines (2015), The Witness for the Prosecution (2016) and Sherlock (2010) are also included in the brilliant performances of his exquisite TV work.Toby lives in London with his family.