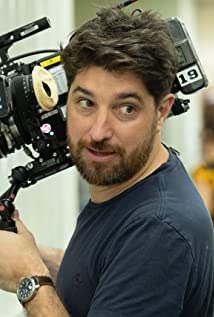 Toby Haynes is working on the as yet un-named Star Wars: Cassian Andor series for Disney+. In 2020, he was nominated by BAFTA for his work on Brexit: The Uncivil War for both Best Director and Best Single Film. Brexit written by James Graham and starring Benedict Cumberbatch was also nominated for an Emmy for Outstanding Television Movie in 2019.In 2019, Toby's Black Mirror episode USS Callister received seven Emmy nominations and went on to win four, including Outstanding Television Movie. He also won a Hugo Award for Best Dramatic Presentation (Short Form) for his work on the acclaimed Doctor Who season five finale, The Pandorica Opens/The Big Bang.Toby directed and exec produced all seven episodes of Jonathan Strange and Mr Norrell for Cuba Pictures and BBC ONE. This project received four BAFTA nominations and went on to win two.Toby's audacious finale to series 2 of Sherlock: The Reichenbach Fall ignited a media frenzy around Sherlock's apparent death plunge. Andrew Scott went on to win a best supporting actor BAFTA for his work in the episode. In his review of the episode Andrew Billen of The Times wrote, "This detective story so transcended its genre, it should be considered alongside British TV drama's highest achievements."Toby has opened a number of hit series for the BBC including The Musketeers starring Peter Capaldi, Tom Burke and Denise Gough; Being Human - winner of the Broadcast Award for Best New Programme, starring Aidan Turner, Leonora Crichlow and Russell Tovey; and the acclaimed series three finale of Wallander: An Event in Autumn, starring Kenneth Branagh.