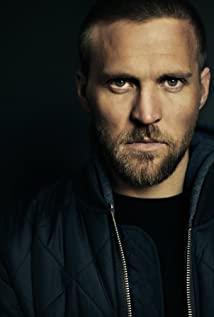 Tobias Santelmann is a Norwegian actor who was born in Freiburg, Germany. His family moved to Norway when he was one year old. He grew up in the far south of Norway (Lindesnes) and moved to Oslo when he was 16 years old.Tobias Santelmann graduated from The Oslo National Academy of Dramatic Arts (KHiO) in 2006. Since graduating he has been employed at The Norwegian Theatre in Oslo (Det Norske Teatret). During his years at the theatre he has played many different roles, such as Yang Sun in "The Good Person of Szechwan" (Brecht), K in "The Castle" (Kafka), Torvald Helmer in "Nora" (Ibsen) and Nick in "The Woods" (Mamet).In addition to his stage work, Tobias has in the past year starred in movies like Kon Tiki, Jag Etter Vind, Flukt and Jeg Er Din.

Captain Sabertooth and the Magic Diamond

Darkness: Those Who Kill