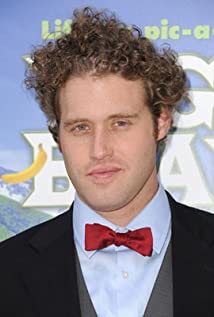 A comedian. Improvisation, sketch and stand-up are his forte.Todd Joseph Miller was born in Denver, Colorado, to Leslie, a clinical psychologist, and Kent Miller, an attorney. He went to East High School, and college in Washington, D.C. There, he performed with the group receSs for 4 years, being the only person in his class out of 100 to audition and be accepted into the group. He remained the sole member of receSs until his junior year, when he was joined by Michael "Tuck The Ruckus" Tokaruk, an acclaimed comedian and equestrian, who taught T.J. how to ride a horse, a pastime he calls "droll." He met his future wife, Kate Gorney, when they performed in "A Chorus Line" in university production of the musical. She played The Ballerina (being an accomplished ballerina herself) and he played Richie, the African American character. He credits the casting to East High School, which was a primarily black and Latino high school, and also that no black people auditioned for the part.During his time in the nation's capital, he studied classical acting at B.A.D.A in Oxford, England and circus arts at Frichess Theatre Urbain. He was outstanding in the field of stilt walking, but was never able to execute any trick, at all, on Trapeze. He is an accomplished clown and juggler, having mastered 5 ball juggling, over fifty 3-ball tricks, clubs, torches, knives, and his specialty (which garnered him a Magician Membership to The Magic Castle in Hollywood, CA) Cigar Boxes.After graduating with honors (a bachelor's degree in psychology with a concentration in persuasion theory and social influence) he moved to Chicago where he began performing with independent improvisation teams such as the group Chuckle Sandwich, the i.o. house team Bullet Lounge, The sketch group Heavy Weight (with Mark Raterman, Nick Vatterott & Brady Novak). He toured with Second City for almost 2 years (though he was never a company member of the MainStage), and during that time he missed over 15 flights to various cities the company toured to. During his time in Chicago, he performed standup every night for almost 4 years, never taking a night off even on holidays. He became a regular at Chicago's famed alternative room The Lincoln Lodge, and only performed at Chicago's Zanies Comedy Club 3 times in 4 years, apparently because they had an aversion to his absurdist style.Miller's first appearance on television was on The Standard Deviants, a PBS show aimed at providing educational DVDs and programming for schools. He played a knight and a dinosaur detective.Proficient in every medium of comedy (he considers even 'acting' simply another medium of comedy) he is also a voiceover artist, having worked for Old Style, Mucinex, Cars.com among other brands as well as in feature films & animated television shows.In 2011 he produced a 42 track E.P. entitled "The Extended Play E.P." with Comedy Central Records, a folk/pop/hip hop concept album, which he describes as satirical; aimed at celebrities that cross over into other mediums they have no business being in simply because of their brand name (he also considers himself "a proponent of the semicolon, "it is underused and feared for no particular reason"). He then remixed this album with Illegal Art, a legitimate music label, enlisting the roster of artists on the label (including the godfather of sampling, "Steinski") the same year. According to him, this was to prove that the album, when given to actual musicians, became superior to the original, in addition to satirizing artists that remix one song and sell it to listeners multiple times.He considers his greatest performance to be his portrayal of Ranger Jones, in Yogi Bear 3D, which filmed in New Zealand and wrapped shortly before his seizure that led to the discovery of an AVM (which he alleges confirmed rather than initiated his absurdist philosophy). He has stated multiple times that it was the pinnacle of his artistic career, and that "it's in some ways comforting to have reached the pinnacle of his career so early on" and that is has been all downhill since that point.Aside from being a major proponent of Denver, his hometown, he has done extensive charity work and continues to visit East High School, where he did his first stand-up performance in drama class. He credits his teacher, Melody Duggan, for much of his success and thanked her specifically in his speech when he won a Critic's Choice Award for best supporting actor in a comedy series (For HBO's Silicon Valley).He frequently cites his compulsive and almost pathologically driven work ethic as an altruistic effort to distract people from the tragedy that permeates everyday life, and believed that comedy would be more of a contribution than psychology, since instead of affecting only at most a few hundred people dramatically, he can affect millions of people in small increments.He has publicly stated, "Comedians are the new philosophers" and believes that academic philosophers are no longer releva