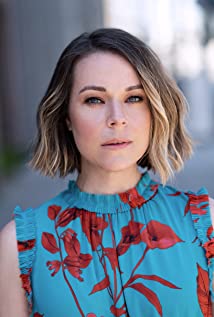 Tina Majorino is clearly one of the most talented young actresses to come out of the early 1990s. She starred in three feature films that opened within three months of each other. She began her career by appearing in national television commercials before playing Sophie in the ABC television series Camp Wilder (1992). In 1994, Majorino made her feature film debut starring opposite Meg Ryan and Andy Garcia in Touchstone's When a Man Loves a Woman (1994). She stole audiences' hearts by portraying the other daughter caught in the middle of a family falling apart at the seams because of the disastrous effects of alcohol abuse. Majorino was seen shortly thereafter in Corrina, Corrina (1994), a comedy set in the 1950s about finding love and family in the most unlikely places. She played Molly, the only child of a recently widowed father (Ray Liotta), who finds a helping hand from Corrina (Whoopi Goldberg), an unconventional housekeeper who uses a combination of charm and sensitivity to help the family adjust to their new lives. In her follow-up to Corrina, Corrina, Majorino starred in Andre, a film based on a true story of a harbor seal who journeyed from Boston to Maine for 23 years every summer to visit Toni (Majorino), the only child who helped rescue him. Majorino played the role of Enola, along-side of Kevin Costner, Jeanne Tripplehorn and Dennis Hopper in Waterworld. Enola was a young girl who had the map to dry land on her back. She was being fought over by the Smokers and the The Drifters. At the time, she was just turning ten. After completing the film Alice in Wonderland (1999), in which she portrayed Alice, Majorino decided to take a break from acting. A five year break to be exact. At the tender age of 13 Majorino disappeared from the screens to finish school and spend time with her family. Napoleon Dynamite (2004) marked the return of the young starlet. The surprise smash hit blew into theaters in 2004, and continues to entertain audiences around the world becoming one of the top grossing independent films and earning it the new title of "Cult Classic." In Napoleon, Majorino portrays "Deb", a quiet, shy, boondoggle door-to-door salesman (because she's "trying to earn money for college") who quickly befriends Napoleon and his hilarious Mexican side-kick Pedro. Upon meeting Deb, Napoleon starts crushing hard. Who wouldn't? Majorino's portrayal as the sweet sincere Deb melts all of our hearts. Majorino has aspirations to produce, direct, write, and design in the very near future.