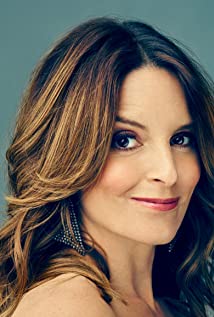 Elizabeth Stamatina Fey was born in 1970 in Upper Darby, Pennsylvania, just west of Philadelphia, to Xenobia "Jeanne" (Xenakes), a brokerage employee, and Donald Henry Fey, who wrote grant proposals for universities. Her mother is Greek, born in Piraeus, while her father had German, Northern Irish, and English ancestry. Going by the name of Tina, Fey considered herself a "supernerd" during her high school and college years. She studied drama at the University of Virginia, and after graduating in 1992, she headed to Chicago, the ancestral home of American comedy. While working at a YMCA to support herself, she started Second City's first set of courses. After about nine months, a teacher told her to just skip ahead and audition for the more selective Second City Training Center. She failed but about eight weeks later, she re-auditioned and got into the year-long program. She ended up spending many years at The Second City in Chicago where many SNL cast members first started out. Then in 1995, Saturday Night Live (1975) came to The Second City's cast, including Fey's friend, Adam McKay, as a writer, searching for new talent. What they found was Tina Fey. When Adam was made Head writer, he suggested Fey should send a submission packet over the summer with six sketches, 10 pages each. Tina took the advice and sent them. After Lorne Michaels met her and saw her work she was offered a job a week later. She admitted that she was extremely nervous working in the legendary Studio 8H; being a foot shorter than everyone else, younger, and being one of the only female writers at the time. After a few years, Tina made history by becoming the first female head writer in the show's history. Tina also made her screen debut as a featured player during the 25th season by co-anchoring Weekend Update with Jimmy Fallon. Since Tina and Jimmy have taken over Weekend Update it has been considered the best ever. This year she made it to full fledged star by becoming a regular cast member, though she is hardly on the show, besides Update. And during the past two summers, Tina and Rachel Dratch performed their two-woman show to critical acclaim in both Chicago (1999) and New York (2000) and made their Aspen Comedy Festival Debut. Tina is married to Jeff Richmond, a Second City director and lives in New York City.