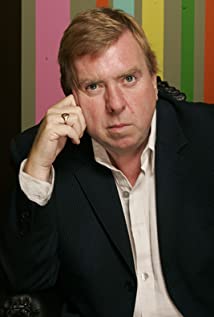 Short, roly-poly, pudding-faced Timothy Leonard Spall is an award-winning classical character actor and sometime lead who was born on February 27, 1957, and raised in London. The son of blue-collar parents, Joseph L. Spall, a postal worker, and Sylvia R. (Leonard), a hairdresser, his interest in acting happened early and Spall auditioned and earned a spot with the National Youth Theatre.The young actor showed great promise at RADA where he portrayed the title roles in "Macbeth" and "Othello." In 1979 he joined the Royal Shakespeare Company and stayed for approximately two years performing in such plays as "The Merry Wives of Windsor," "Cymbeline," "The Three Sisters," "Nicholas Nickleby" and "The Knight of the Burning Pestle." With other rep companies, he appeared in, among others, "The Merchant" and "St. Joan."Making his minor debut in a filmed version of the play The Life Story of Baal (1978), Tim went on to play featured roles in offbeat films such as Quadrophenia (1979), Remembrance (1982), The Missionary (1982), The Bride (1985), Body Contact (1987), Crusoe (1988), To Kill a Priest (1988), Dream Demon (1988) and 1871 (1990)In the 1990's, Timothy surged forward largely through his association with prolific writer/director Mike Leigh, appearing in a number of his award-winning, working-class features. Those included his doomed chef Aubrey in Life Is Sweet (1990); brother/uncle Maurice in Secrets & Lies (1996) (BAFTA Award nomination); the vulnerable performer Richard Temple in the Gilbert & Sullivan biopic Topsy-Turvy (1999) (another BAFTA nomination); and the benign taxi driver Phil in All or Nothing (2002). He also worked for other noted directors including Ken Russell in Gothic (1986), Clint Eastwood in White Hunter Black Heart (1990), Bernardo Bertolucci in The Sheltering Sky (1990), and Kenneth Branagh in Hamlet (1996) (as Rosenkrantz).Tim impressed on the small screen as well during this time, accentuated by his starring work on series TV as the luckless Frank Stubbs (1993) as well as the comedies Nice Day at the Office (1994) and Outside Edge (1994), and his BAFTA-nominated TV roles in Our Mutual Friend (1998), Shooting the Past (1999) and Vacuuming Completely Nude in Paradise (2001).A battle with myeloid leukemia sharply curtailed Tim's momentum for a time, but he returned healthy into the millennium in superb lead and support form to create arguably his most hissable cinematic character. As the cowardly, half-blooded wizard Peter Pettigrew, Tim inhabited the role in several of the nine "Harry Potter" blockbusters from Harry Potter and the Prisoner of Azkaban (2004) to Harry Potter and the Deathly Hallows: Part 2 (2011). He also earned superb notices as: one of the charitable Cheeryble brothers in Nicholas Nickleby (2002); gullible banker Mr. Poe in the wild Jim Carrey adventure comedy A Series of Unfortunate Events (2004); humorous Simon Graham in the Tom Cruise starrer The Last Samurai (2003); evil queen henchman Nathaniel in the delightful Disney film Enchanted (2007); the villainous Beadle in the dark musical Sweeney Todd: The Demon Barber of Fleet Street (2007); the over-anxious lawyer starring role in the family dramedy Reuniting the Rubins (2010); Sir Winston Churchill in The King's Speech (2010); werewolf hunter Sid in the horror comedy Love Bite (2012); eccentric painter J.M.W. Turner portrait in Mike Leigh's Mr. Turner (2014) (Cannes, London Critics Circle, New York Critics Circle and National Society of Film Critics winner); the co-lead with Juno Temple in the social drama Away (2016); legal combatant David Irving in the Holocaust-themed Denial (2016); part of an upper-class couple (opposite Kristin Scott Thomas in the dark social comedy The Party (2017); a syndicated boss in The Corrupted (2019); and as artist L.S. Lowry opposite Vanessa Redgrave playing his mother in the biopic Mrs. Lowry and Son (2019).Tim's more recent notable TV outings have included his Fagin in the mini-series version of the Dickens classic Oliver Twist (2007), the title role in the TV-movie The Fattest Man in Britain (2009), and as Eddie in the series The Street (2006), Lord Blandings in the comedy Blandings (2013) and Lord Wallington in the dramatic mini-series Summer of Rockets (2019).The father of three children, one of his children, Rafe Spall, is a prolific actor in his own right.

The Grand Duke of Corsica

It Snows in Benidorm