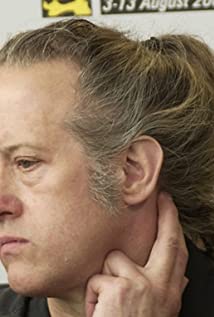 The identical twin Brothers Quay (the other being Stephen) were born near Philadelphia in a town with a large European immigrant population, which fuelled their interest in European (especially Eastern European) culture. They moved to London in the late 1960s to study at the Royal College of Art where they made their first short films (now lost), and after spending some time in Holland in the 1970s they returned to London to team up with fellow RCA alumnus Keith Griffiths who would act as producer on all their subsequent films. They spent the 1980s making TV commercials (Honeywell, Walkers Crisps, Dulux Wood Protection) and music videos (most famously, part of Peter Gabriel's 'Sledgehammer') in order to support their personal projects, mostly based around their trademark puppet animation and typically drawing on obscure literary sources (Bruno Schulz, Robert Walser Michel de Ghelderode). 1995 saw the premiere of their first feature, the almost entirely live-action (but still distinctively Quayesque) 'Institute Benjamenta'.

Institute Benjamenta, or This Dream That One Calls Human Life

Are We Still Married?