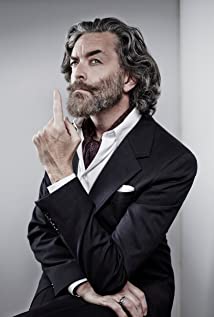 Timothy Omundson was born in St. Joseph, Missouri, on July 29, 1969, the youngest of four children. He grew up in Seattle, Washington, where his family moved when he was one. His father is a former railroad man and his mother was a teacher. Tim started to study theatre at the age of 12 at the Seattle Children's Theater, and interned at theaters throughout high school. With acting as his main focus, he spent the summer of his junior year in New York at the American Academy of Dramatic Arts, and he was a Washington State Debate Champion in Dramatic Interpretation for two years. He has a Bachelor of Fine Arts in Theater from USC and received the Jack Nicholson Award and the James A. Doolittle Award for outstanding achievements in acting. Shortly after graduation, he got his first professional job as a guest shot on Seinfeld (1989). Next was the recurring role of Dr. Joshua Levin on SeaQuest 2032 (1993). Tim lives in the Hollywood Hills with his wife, Allison, and their dogs, Betty and Sally.

The Booth at the End