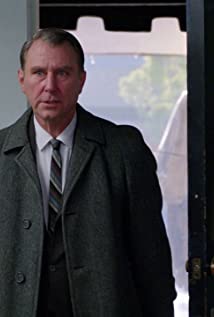 Blond, blue-eyed character actor who has worked on stage, film, and TV for the past 30 years. Born in Washington D.C., Carhart had a globetrotting childhood in Turkey and France before returning to the U.S. and studying theater. Carhart had some success on and off-Broadway and then moved on to small roles in such major films as Ghostbusters (1984), Witness (1985) and Working Girl (1988). He played Harlen who attempted to rape Geena Davis's character in Thelma & Louise (1991), and also had roles in the The Hunt for Red October (1990), Red Rock West (1993) and Air Force One (1997). Carhart has had many guest spots on television shows including a memorable guest turn as a police officer whose testimony against a murderer may reveal the sexuality he has tried to keep secret on The Practice (1997), and as a fat-sucking vampire on The X-Files (1993). He played Eddie Willows in CSI: Crime Scene Investigation (2000), the ex-husband of star Marg Helgenberger. He is, (...as of 2017) a recurring character on The Paramount Network series, Yellowstone, playing the Attorney General Stewart and starring Kevin Costner