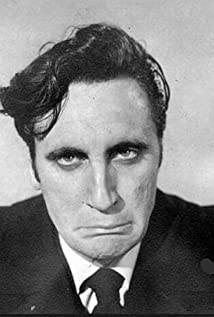 Timothy Carey had one of the most unusual careers of all Hollywood character actors, obtaining full cult status for his portrayals of the doomed, the psychotic and the plain crazy. Carey's career was an "only in America" type of story, and he retains his status as a great American original many years after his death.As a 22-year-old acting school graduate, Carey made his film debut in 1951, as a corpse in a Clark Gable western, but it was his brief, uncredited part as Chino, a member of Lee Marvin's motorcycle gang The Beetles in The Wild One (1953) which made an impression, and was a harbinger of the unsavory characters to come.Prone to improvising, it was the fearless Carey who came up with the idea of squirting beer in Marlon Brando's face, even though the great methods actor himself had expressed reservations about what Carey was up to.Carey registered the same year as the bordello bouncer who threatens James Dean in East of Eden (1955), making his face, if not his name (he was uncredited in both parts), known to the mass audience.Carey followed this up with superb acting jobs in 2 Stanley Kubrick films; The Killing (1956) and Paths of Glory (1957).In the former he played the sociopath, Nikki Arane, who 's contracted to shoot a race horse, which he does with great glee. In Paths of Glory (1957), Carey had an atypically sympathetic role as French soldier, Pvt. Ferol, unjustly condemned to be shot to atone for the stupidities of his generals during World War I. However, it was in Bayou (1957) in which Carey reached what must be considered good apex as an actor: as the psychotic Cajun Ulysses, he crafted an indelible performance that went beyond the acceptable limits of cinema scenery-chewing. He became Ulysses, on-screen, the mad Cajun who epitomized evil, his insanity perfectly encapsulated in the psychotic jig Carey danced to more fully limn his character's madness. This classic exploitation film was re-cut and re-released as "Poor White Trash" (1961), and became a grind house Gone with the Wind (1939), playing to crowds throughout the decade.With these performances, Carey's career as a Hollywod heavy was established, though many directors saw the talent lurking within his physically forbidding, 6'4" frame. His former co-star Brando directed him in One-Eyed Jacks (1961) (Brando's sole directorial effort), gunning down the shotgun-wielding heavy in the process. Francis Ford Coppola tried to hire him for The Godfather (1972) and The Godfather: Part II (1974), but Carey was working on his own project during the shooting of the first classic, and turned down the opportunity to appear in the second. He did agree to appear in Coppola's The Conversation (1974), yet another classic, but walked off the set during filming. John Cassavetes gave him a prominent role in Minnie and Moskowitz (1971) and cast him as the second lead in The Killing of a Chinese Bookie (1976).Carey's penchant for improvising (in the execution scene for Bayou (1957), his character was supposed to remain silent, but Carey began moaning, I don't what to die,', and Kubrick kept it in the film) coupled with his eccentric behavior gave him a reputation as difficult to work with in the 1960s.During that tumultuous decade, Carey spoofed his psycho screen image in Beach Blanket Bingo (1965), playing South Dakota Slim, who - like villains of old flickers - straps the second female lead to a buzz saw. As the heavy Lord High-and-Low, he menaced The Monkees in the Jack Nicholson-penned Head (1968). Nicholson was one of his biggest fans.Carey's greatest role was in a film he produced, wrote and directed himself, The World's Greatest Sinner (1962), in which he played a rock 'n roll-singing evangelist who, in a burst of hubris, names himself "God," runs for President and is struck down by God himself at the film's climax.As Clarence Hilliard, the insurance salesman who drops out of straight society, starts his own evangelical religion (using rock 'n roll music played by himself and a band featuring a woman saxophone player to whip up the crowds and manipulate the masses) and eventually runs for president, Carey fully realised his talent, a grind house, exploitation circuit John Gielgud assaying his Hamlet.Filmed fitfully between 1958- 61 for a total cost of approximately $100-thousand (the shooting was sporadic, as the production kept running out of money), it remains one of the most notorious works in grind house cinema--even Elvis Presley himself asked Carey for a copy! (Carey, always in character as the Jester, refused The King's request).Carey's last film was Echo Park (1985). A favorite actor of cineaste/video store clerk Quentin Tarantino, he tested for the role of crime boss Joe Cabot in Tarantino's debut film, Reservoir Dogs (1992), but the tyro director didn't think he was right for the role. Instead, he cast Lawrence Tierney (equally great in the movie heavy and eccentricity departments) and dedicated the film to Carey.Timothy Carey taught acti

The Killing of a Chinese Bookie