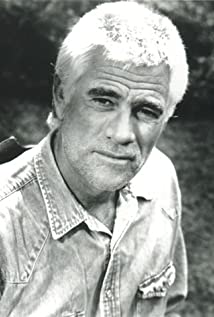 Tim Thomerson rates highly as one of the best, most prolific, versatile and dependable character actors to ever grace both the big and small screens alike with pleasing regularity since the mid 70s. Although often cast as laconic rough 'n' tumble macho guys, Thomerson has proved on many occasions that he can essay comic roles and more substantial dramatic parts with equal skill and conviction. He was born on April 8th, 1946 in Coronado, California and was raised in Hawaii and San Diego. He did a stint in the National Guard prior to getting a job as a prop man and set builder at the Old Globe Theatre in San Diego. Character actor Anthony Zerbe advised Thomerson to get lessons from legendary acting teacher Stella Adler in New York; and he duly studied with Adler for four years.He began his show business career as a stand-up comedian; he performed at the clubs The Bitter End, Bud Friedman's Improvisation and Catch A Rising Star in New York and at the Comedy Store and the Improv in Los Angeles. He eventually even had a guest spot on "The Tonight Show" with Johnny Carson. His film debut was with a funny small role in the hilarious "Car Wash." He achieved his greatest enduring cult popularity with his delightfully deadpan portrayal of rugged police detective Jack Deth in the terrific "Trancers" and its strictly so-so sequels. Other memorable parts include eccentric police detective Jerry Moriarty in the fine "Fade to Black," weary factory worker Ray in "Take This Job and Shove It," a highway patrolman in Clint Eastwood's poignant and underrated "Honkytonk Man," burnt-out Vietnam vet helicopter pilot Charts in the exciting "Uncommon Valor," grimy mercenary Rhodes in the cheesy "Metalstorm: The Destruction of Jared-Syn," the crazed John Reynolds in "Volunteers," demented cult leader Lester in "Cherry 2000," the tough-as-nails the Sarge in the enjoyably quirky "Zone Troopers;" lovely and touching as the gentle Loy in the outstanding "Near Dark," diminutive, but fearless alien lawman Brick Bardo in the funky "Dollman," and a scruffy motorcyclist in Terry Gilliam's unjustly maligned "Fear and Loathing in Las Vegas." Tim has appeared in a large number of films for low-budget independent director Albert Pyon and acted alongside real-life best buddy Brion James in numerous pictures (the two first met while both serving in the National Guard Reserves). On television Thomerson played the half-man, half-woman Gene-Jean on the uproarious, but sadly short-lived sci-fi parody program "Quark." Thomerson also had recurring roles on the TV shows "Sirens" and "Land's End" and has made guest appearances on countless TV shows.