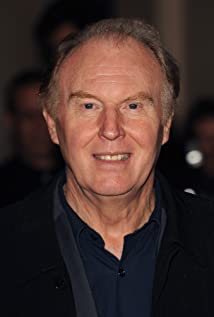 British classical stage and TV actor Tim Pigott-Smith was a familiar face both here and in his native England. A drama major, he graduated from the University of Bristol in 1967 (where he frequently returned to lecture) and made his professional debut two years later with the Bristol Old Vic. Predominantly a stage player in both regional and repertory, he made his Broadway debut in "Sherlock Holmes" as Dr. Watson in 1974. Over the years, he appeared opposite England's theatre royalty including Judi Dench, Helen Mirren, Geraldine James, Margaret Tyzack, and Patrick Stewart. He was invited by an ailing Sir Anthony Quayle to take over the running of the Compass theatre company founded by him in 1984 and Piggot-Smith served as its artistic director from 1989-1992. In addition, he directed several major productions including "Hamlet" and "A Royal Hunt of the Sun." He took several Shakespearean classics to TV, including his Hotspur in "Henry IV, Part I" and Angelo in "Measure for Measure," and delivered impressive performances in such prestigious mini-series productions as "Winston Churchill: The Wilderness Years," "Fame Is the Spur" and "The Jewel in the Crown." Lesser known for his body of film work, such movies as Aces High (1976), his film debut, Joseph Andrews (1977), Victory (1981), Clash of the Titans (1981), State of Emergency (1986), Remains of the Day (1993), and Martin Scorcese's Gangs of New York (2002) never gave him that necessary breakout role. Tim was a frequent broadcaster who had recorded many audio books and published the anthology, "Out of India." He was long married to actress Pamela Miles and they had one son, Tom, who is a concert solo violinist. He scored critical acclaim in "The Iceman Cometh" (both London and Broadway), and as Ebenezer Scrooge in "A Christmas Carol." Among his final performances, he graced the stage with Ms. Mirren in the 4 1/2 hour production of "Mourning Becomes Electra."

The Suspicions of Mr Whicher: Beyond the Pale

The Suspicions of Mr Whicher: The Murder in Angel Lane