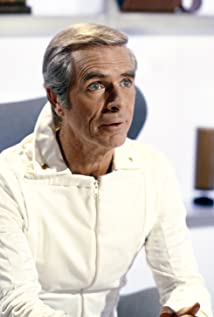 Tim O'Connor was born on July 3, 1927 in Chicago, Illinois. Best known to viewers as Elliott Carson on the long-running television series Peyton Place (1964), he began his acting career with the Goodman Memorial Theatre in Chicago just after World War II. Moving to New York City in the early 1950s, he became one of television's busiest actors during the medium's dramatic coming-of-age. He appeared frequently on the The United States Steel Hour (1953) and became a mainstay of the "Family Classics" series, starring in such productions as "The Three Musketeers" and "A Tale of Two Cities". Until 1964, when "Peyton Place" became a runaway hit, O'Connor lived on an island in the center of Glen Wild Lake near Bloomingdale, New Jersey. He soon found that commuting between the East Coast and Los Angeles was too wearing, and moved to California.He settled in Santa Monica, a few short blocks from the Pacific Ocean, and established himself as one of filmdom's most versatile performers. O'Connor specialized in playing military officials and police officers. Some of his other best known roles include Dr. Elias Huer on Buck Rogers in the 25th Century (1979) and Jack Boland on General Hospital (1963). He also appeared in two episodes of the mystery television series "Columbo", starring Peter Falk as the rumpled detective. His credits included Wheels (1978), The Man with the Power (1977), Tail Gunner Joe (1977) and Murder in Peyton Place (1977) a TV special which reunited him with many of his co-stars in the original show. An avid sailor, O'Connor owns a 32-foot Pearson Vanguard sailboat and is studying both sailing to the waters off Mexico and Central America.

The Naked Gun 2½: The Smell of Fear

Peyton Place: The Next Generation