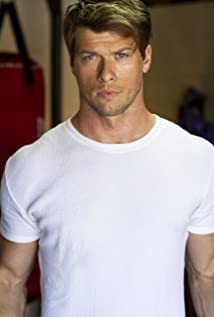 I am a working actor and stuntman, who also specializes heavily in character and creature work.Early on, I moved around regularly, being exposed to a multitude of cultures, thus making me a student of life and an expert in the subtleties of human communication from very early on. This skill has helped me tremendously in my current film and acting work, relating my vast life experiences to the roles I'm able to design.I am a military Veteran, and held an above top secret security clearance while active duty. I have been trained in military tactics, hand-to-hand combat, knives, explosives and firearms, and am a specialist holding a marksman in various firearms. Additionally, I am very passionate about and skilled in stunt work specializing in fight choreography, parkour/freerunning, acrobatics and martial arts. After completing my time in the military I moved to Los Angeles where I began taking traditional acting classes such as Tony Barr's Film Actor's Workshop, improvisation at the Groundlings, courses at Ivana Chubbucks studio and intensive workshops with Margie Haber.I have recently been working on multiple projects including Martian Scorsese's most recent works "The Irishman", where I play "Little Fitz". This will be released on Netflix with an amazing cast including Robert De Niro, Al Pacino, Joe Pesci among many more, and looks to be a phenomenal project. Prior to that I worked with Seth MacFarlane on "The Orville" as a few of the Krill soldiers. I worked on Marvels Defenders, Nickelodeon's "The Thundermans", Disneys "Walk the Prank", "Alex Inc" with Zach Braff, Backseat with "Christain Bale, "Shut Eye" with Jeffrey Donovan, Gotham, Seal Team, American Assassin, Suburbicon, Dunkirk and many more. Another passion project in the works is the live action adaptation of "Dragon Ball Z" called "Light of Hope" in which I play the lead role, and fan favorite, Trunks.I found my love for character/creature acting through 5 seasons of SyFy's "FaceOff", working with prosthetics and movie makeup. Since then I have had opportunities embodying multi faceted characters from imaginations far and wide. On The Orville I played a race of alien bent on universal domination based on their right to it. On The Thundermans, I was able to bring to life a training bot called the Crime Buddy and Meanie Crime Buddy as well as Destructo, a robot with the simple dream of ruling the world. For a Skin Saver ad I had the opportunity to be the legendary Sun Wukong or if more familiar, "The Monkey King" from Chinese mythology. For Walk the Prank I was a crazy Jack in the Box and The Man in the Shadows, both horror based characters with a goal of scaring their victims. There has been many more but these highlights were some of my favorite thus far.Admiring such actors as Bruce Lee, Jackie Chan, Jet Li, Donnie Yen and Cecep Arif Rahman for their revolutionary fight scenes and films, I have adapted that into my own practice, while always continuing to learn. Artists such as Jim Carrey and Robin Williams inspire me to explore comedic timing, and the intricacies of layering emotions into a scene. Jack Nicholson, Daniel Day-Lewis and Morgan Freeman have undeniable range and can play characters with such determined, precise choices, offering me the inspiration and insight to apply similar skills through similar thought process in my own work.Pulp Fiction, Seven, Braveheart, Last of the Mohicans, Fight Club, IP Man, Enter the Dragon, Goodfellas, American Beauty, The Shining, Gladiator, Requium for a Dream, Pan's Labyrinth, Heat, Good Will Hunting, Warrior, Fargo, and A Beautiful Mind are just a handful of my favorite films due their artistic merit and aesthetic beauty. Directors like Tarantino, Kubrick, Coppola and Scorsese are some of the greats that I admire as their entire body of work consistently push the boundaries of film as an art form and as a method of telling a story.