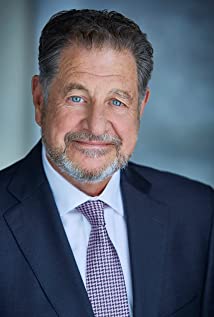 Tim Haldeman is a true "Hollywood Kid" having grown up in and around show business in North Hollywood, California. Tim's dad was a production manager for motion pictures and TV and his aunt was the head script supervisor for 20th Century Fox Studios for 39 years. Tim was the first one in the family to decide on a career in front of the cameras. Since graduating from UCLA, Tim has worked in all aspects of performing and acting. He has been a member of the Screen Actors Guild for over 35 years. Tim has appeared as an actor in well over 130 television shows and movies and over 150 commercials. Being an avid golfer, one of Tim's favorite commercials was playing a golfer from the past in the first Buick commercial with Tiger Woods. You might also remember him as the "Good to Go" dad for Taco Bell.Just some of the TV shows Tim has been on over the years are Murphy Brown, Golden Girls, Family Ties, Fresh Prince of Belaire, 90210, Empty Nest, and Macgyver. You saw Tim play 'Elliot Blair', the millionaire industrialist who dies in the helicopter crash in Universal's Dante's Peak. Tim had recurring roles as "Officer Barker" on The Drew Carey Show and "Mr. Kraft" on 3rd Rock From The Sun and the NBC soap Passions and Skin for Fox Television. He also guest starred on The Suite Life of Zack and Cody, ER and Cold Case. He has co-starred in episodes of Malcolm in the Middle, and The West Wing, and recently in Scrubs, House and the TNT series Heartland. You also saw Tim as a very tired dentist in a commercial for the new PepsiMax. This last year you saw Tim co-starring on Without A Trace, and Eleventh Hour. This coming season you can see Tim co-starring as a flustered dad in the new cop drama for NBC, Southland. Tim is also writing, producing and directing an Internet series for his wife Wendy's baby business (The Pump Station & Nurtury) called Mommie Matters which can be seen at www.pumpstation.com. Tim can be seen hosting episodes with helpful tips for new Moms and Dads.In the last ten years, Tim has turned his energies to on stage performing as a stand-up comedian. Tim has performed a solid stand-up act all over the country in several different venues. He has been in demand to perform as Host/MC or Featured act at over 25 charity golf tournaments including The Coastal Classic in Wilmington NC, the Children's Charity Classic in Lexington KY, the Mercy Celebrity Classic in Fort Smith AR, and the Inner City Games Classic in San Diego. Tim has also been busy performing at comedy clubs such as the Coach House in Carlsbad CA, Jack Didley's in Kennewick WA, The Pechanga Comedy Club at the Pechanga Casino Resort in Temecula CA, The Comedy Club at The River Palms casino resort in Laughlin NV as well as the Comedy Club at the Palace Station in Las Vegas. He has been a recurring Host/MC or a Featured act at the much acclaimed and long running "Comedy On The Coast" concerts at Chinook Winds Casino Resort in Lincoln City, OR.