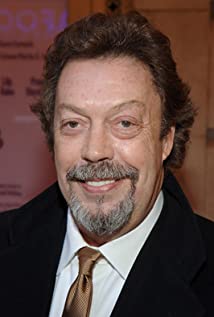 Timothy James Curry was born on April 19, 1946 in Grappenhall, Cheshire, England. His mother, Maura Patricia (Langmead), was a school secretary, and his father, James Curry, was a Methodist Royal Navy chaplain. Curry studied Drama and English at Birmingham University, from which he graduated with Combined Honors. His first professional success was in the London production of "Hair", followed by more work in the Royal Shakespeare Company, the Glasgow Civic Repertory Company, and the Royal Court Theatre where he created the role of Dr. Frank-N-Furter in "The Rocky Horror Show". He recreated the role in the Los Angeles and Broadway productions and starred in the screen version entitled The Rocky Horror Picture Show (1975). Curry continued his career on the New York and London stages with starring roles in "Travesties", "Amadeus", "The Pirates of Penzance", "The Rivals", "Love for Love", "Dalliance", "The Threepenny Opera", "The Art of Success" and "My Favorite Year". He also starred in the United States tour of "Me and My Girl". He has received two Tony Award nominations for best actor and won the Royal Variety Club Award as "Stage Actor of the Year".A composer and a singer, Tim Curry toured the United States and Europe with his own band and released four albums on A&M Records. In addition to an active movie and television career, he is a sought-after actor for CD-ROM productions. His distinctive voice can be heard on more than a dozen audio books, and in countless animated television series and videos. He lives in Los Angeles, California.

Over the Garden Wall