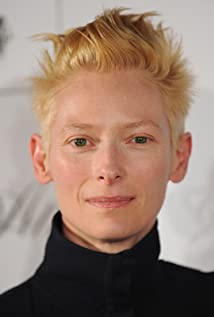 The iconoclastic gifts of the highly striking and ferociously talented actress Tilda Swinton have been appreciated by art house crowds and international audiences alike. After her stunning Oscar-winning turn as a high-powered corporate attorney in the George Clooney starring and critically-lauded legal thriller Michael Clayton (2007), however, her androgynous looks and often bizarre appeal have been embraced by more mainstream crowds as well.She was born Katherine Mathilda Swinton into a patrician Scottish military family on November 5, 1960, in London, England. Her mother, Judith Balfour, Lady Swinton (née Killen), was Australian, and her father, Major-General Sir John Swinton, an army officer, was English-born. Her ancestry is Scottish, Northern Irish, and English, including a long tapestry of prominent Scottish ancestors. Educated at an English and a Scottish boarding school, Tilda subsequently studied Social and Political Science at Cambridge University and graduated in 1983 with a degree in English Literature.During her tenure as a student, she performed countless stage productions and proceeded to work for a season with the Royal Shakespeare Company where she appeared in such productions as "Measure for Measure." The rebel insider her, however, was strong and she left the company after a year as her approach and interests began to shift dramatically. With a pungent taste for the unique and seldom tried, Tilda found some gender-bending stage roles come her way. She portrayed Mozart in Pushkin's "Mozart and Salieri", and as a working class woman impersonating her dead husband during World War II, in Manfred Karge's "Man to Man," a role she later committed to film (Screenplay: Man to Man (1992)).In 1985, the tall, slender performer with alabaster skin and carrot-topped hair began a professional association with gay experimental director Derek Jarman. She continued to live and work with the groundbreaking writer/director/cinematographer for the next nine years, involving herself in seven of his often notorious films. This quirky, highly fascinating alliance would produce such stark and radical turns as the Berlin International Film Festival winners Caravaggio (1986), The Last of England (1987), The Garden (1990) and Edward II (1991) (playing Isabella, in which she won "Best Actress" at the Venice Film Festival) and Wittgenstein (1993), as well as the films Soursweet (1988) (a movie with no spoken dialogue) and the Stockholm Film Festival Award winner Blue (1993).Jarman succumbed to complications from AIDS in 1994. His untimely demise left a devastating void in Tilda's life for quite some time. Her most notable performance of her Jarman period, however, came from a non-Jarman film. For the vivid title role in Orlando (1992), her nobleman character lives for 400 years while changing sex from man to woman. The film, which Swinton spent years helping writer/director Sally Potter develop and finance, continues to this day to have a worldwide devoted fan following.Over the years, Tilda has preferred art to celebrity, opening herself to experimental projects with new and untried directors and mediums, delving into the worlds of installation art and cutting-edge fashion. Consistently off-centered roles in Female Perversions (1996), Love Is the Devil: Study for a Portrait of Francis Bacon (1998), Teknolust (2002), Young Adam (2003), Broken Flowers (2005) and Béla Tarr's The Man from London (2007) have added to her mystique. Back in 1995, she delved into a performance art piece in the Serpentine Gallery, London, where she was put on display to the public for a week, asleep (or apparently so), in a glass case.Following the birth of her twins in 1997, Tilda would leave lean for a time towards Hollywood mainstream filming. The thriller The Deep End (2001), earned her a number of critic's awards and her first Golden Globe nomination. Other visible U.S. pictures included The Beach (2000) with Leonardo DiCaprio, fantasy epic Constantine (2005) with Keanu Reeves, her Oscar-decorated performance in Michael Clayton (2007) and, of course, her iconic White Witch in The Chronicles of Narnia: The Lion, the Witch and the Wardrobe (2005).Into the millennium, Tilda continued to amaze starring in the crime drama Julia (2008) and in David Fincher's The Curious Case of Benjamin Button (2008). She learned Italian and Russian for Luca Guadagnino's I Am Love (2009), starred in the psychological thriller We Need to Talk About Kevin (2011), Wes Anderson's Moonrise Kingdom (2012) and Bong Joon Ho's Snowpiercer (2013), and earned fine notice in Terry Gilliam's The Zero Theorem (2013). She also starred in the dark romantic fantasy drama Only Lovers Left Alive (2013) directed by Jim Jarmusch, had a small role in Wes Anderson's The Grand Budapest Hotel (2014), starred in Judd Apatow's comedy Trainwreck (2015), and played a rock star in Luca Guadagnino's A Bigger Splash (2015).Showing no signs of slowing up, Tilda continues to make creative, vi