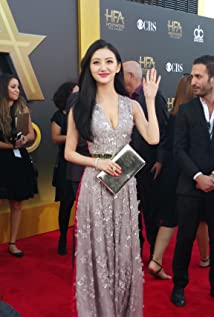 Jing Tian graduated from the Beijing Dance Academy and Beijing Film Academy, Department of Chinese Film and Television.In 2006, Jing Tian released the music EP Who are you with King Sweet music.Tian starred in 13 episodes of the TV show An Epic of a Woman (2009) in 2010. Her acting career flourished and she appeared in movies such as My Belle Beauty (2010) and The Warring States (2011). She was awarded a role in Police Story: Lockdown (2013) in 2013 alongside Jackie Chan. In 2014 Jing Tian starred in the costume drama The Glory of Tang Dynasty (2017).In 2016 she starred in The Great Wall (2016). Jing Tian accepted the role of Lin Mei, commander of the Crane Troop because she wanted to work with Yimou Zhang. As part of her preparation for the role Jing Tian lived for a year in the United States to learn English, which she now speaks fluently, and went through an extensive training in martial arts.In 2017 Jing Tian stars as San in Kong: Skull Island (2017) with Tom Hiddleston and Brie Larson. In 2018 Jing Tian stars in Pacific Rim: Uprising (2018) alongside Cailee Spaeny.

Repeat I Love You