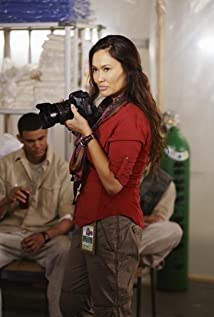 Tia Carrere was born and raised in Honolulu, Hawaii. While attending Sacred Hearts Academy, Tia was discovered in a Waikiki grocery store and landed the female lead in the independent film Aloha Summer. Tia moved to Los Angeles and continued her ascent in the acting world with a series regular role on General Hospital as well as a string of guest starring roles on MacGyver, Quantum Leap, Married With Children, and Friday the 13th among others. With her breakthrough role as Cassandra Wong in Wayne's World and Wayne's World 2 Tia was able to showcase both her considerable singing as well as acting chops. Wayne's World was a worldwide phenom and set the stage for the evil femme fatale Juno Skinner in James Cameron's film True Lies, opposite Arnold Schwarzeneggar, the computer whiz Jingo Asakuma in Philip Kaufman's film Rising Sun opposite Sean Connery and Wesley Snipes, and her very own series lead of in Relic Hunter. Other work includes Nip/Tuck, In Plain Sight, Curb Your Enthusiasm, and voicing the part of older sister Nani in Disney's animated feature Lilo & Stitch as well its spinoff tv series. Subsequently Tia returned to her Hawaii roots with four Grammy-award nominated CDs, winning the Grammy twice with her records 'ikena and Huana Ke Aloha. She also co-hosted and performed during the ceremony. Lately, Tia can be seen in Michael Patrick King's Netflix series AJ & the Queen starring RuPaul, Amblin Films "Easter Sunday" starring JoKoy, Big Fat Family Christmas, and Never Have I Ever. She and musical partner Daniel Ho are also up for another Grammy in Best Global Music for the song "Colors In Harmony".