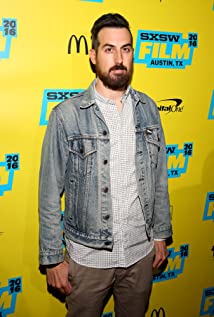 Ti West is most notable for directing horror films, as well as being an actor, writer, producer, and editor. Ti broke out, after directing various projects, in 2009, when he directed two feature films - 2009's The House Of The Devil and Cabin Fever 2: Spring Fever. Ti later directed, with his production company Glass Eye Pix, the widely popular 2011 horror film The Innkeepers, which starred actors Sara Paxton, Pat Healy and Kelly McGillis. Ti also starred as "Tariq" in Adam Wingard and Simon Barrett's horror film, You're Next (2011). More recently he has been a director for MTV's Scream and Fox's The Exorcist. His acting roles include him portraying "Dave" in Joe Swanberg's rom-com, Drinking Buddies (2013) and a cameo as "Favorite Teacher" in The House Of The Devil.