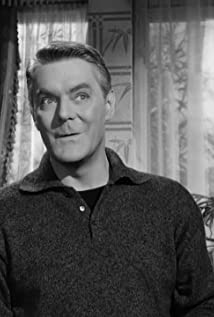 Son of a clergyman, the British character actor Thorley Walters was born in 1913 in Teigngrace, Devonshire, England. After stage experience, in which he played Shakespearean and light leading roles, he made his film debut in The Love Test (1935) and continued his early film career with numerous quota quickies. Walters quickly found his acting niche in comic parts and became a featured player in films. During the 1950s and 1960s, he made his name in the comedies of the Boulting Brothers (e.g., Private's Progress (1956), Man in a Cocked Hat (1959), Rotten to the Core (1965), et al.) and the Launder-Gilliat team [e.g., _Ring of Spies (1963)_, Joey Boy (1965), and the St. Trinian's films). He also became well-known to horror fans through his numerous appearances for Hammer (The Phantom of the Opera (1962), Dracula: Prince of Darkness (1966), Frankenstein Created Woman (1967), and Vampire Circus (1972)), Amicus (The Psychopath (1966) and The People That Time Forgot (1977)).With his beefy build, square mustache, and befuddled manner, Walters was a natural to play Dr. Watson, which he did in several films, including Sherlock Holmes and the Deadly Necklace (1962), The Adventure of Sherlock Holmes' Smarter Brother (1975), and The Sunday Drama: Silver Blaze (1977). In the latter part of his career, he became a familiar figure on television in such popular series as The Duchess of Duke Street (1976) and _"Tinker, Tailor, Soldier, Spy" (1979)(mini)_ . Walters was active in film and television until his death in 1991, appearing mostly in cameo roles as incompetent officers, bumbling authority figures, and muddle-headed assistants.

The Wildcats of St. Trinian's

The People That Time Forgot