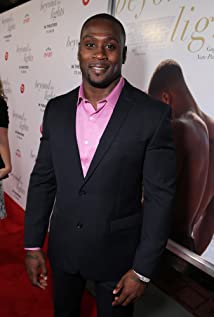 Thomas Q. Jones is a captivating force on and off the field. While best known as an unstoppable all-time leading running back that played twelve seasons in the National Football League (NFL), Jones has turned his post-NFL focus to the world of acting in both film and television, and the world of technology as the Chief Executive Officer of the mobile application developer, Castar Applications, Inc.In film, Jones headlined the independent film, "Runaway Island," alongside Lorraine Toussaint and Aisha Hinds. He filmed "Straight Outta Compton," the feature film based on the lives and careers of the hip-hop group, N.W.A. He shared a memorable scene with Paul Giamatti. The film opened on August 14, 2015, and debuted in the number one box office position, and remained in the top position for three consecutive weeks. In 2016, Jones is both a producer and actor in upcoming screen adaptation of the graphic novel, "Loyalty," with Lucien Laviscount, as well as an actor in the independent short film project, "Love and The Line," and the innovative independent feature length film, "9 Rides," shot entirely using 4K video with an iPhone 6s.In television, Jones guest-starred in Seasons 2 and 3 of the BET hit drama series, "Being Mary Jane," in a multi-episode arc as "Brandon 'Cutty Buddy' Gibson," love interest to "Mary Jane Paul," played by award-winning actress, Gabrielle Union. On the TV ONE comedy series, "Born Again Virgin," Jones guest-starred as the irresistible commercial pilot, "Vince," a love interest to the series lead, Danielle Nicolet. He also appeared in featured roles in the acclaimed Showtime series "Shameless," and IFC's "Comedy Bang! Bang!"In technology, Jones developed his first mobile application through his company, Castar Applications, Inc. The launch application, Castar, is an iOS, Android and Windows social business application for creative, talented individuals to showcase their special skills, network with industry professionals, connect with targeted audiences and agents, grow and manage their fan base, and earn money. Jones plans to develop more mobile applications that enhance users' social media and e-commerce experiences.Drafted 7th overall in the 2000 NFL draft by the Arizona Cardinals out of the University of Virginia, Jones went on to become one of the 25 all-time leading rushers in NFL history, with more than 10,000 rushing yards. In addition to the Arizona Cardinals, he played for the Tampa Bay Buccaneers, New York Jets, Chicago Bears and the Kansas City Chiefs, becoming an AFC Rushing Leader, a 2006 NFC champion, 2007 Super Bowl XLI player, and 2009 Pro-Bowl selection within his career. In 2010, Jones was nominated for "The Walter Payton NFL Man of the Year" award recognizing an NFL player for his excellence on and off the field. In 2017, Jones will be eligible for the Pro Football Hall of Fame.Jones grew up in Big Stone Gap, VA alongside five sisters, one brother, and his coal-miner parents. He collaborated with his parents to publish "Blessings from the Dust," a book inspired by the struggles the family endured coming from the poverty-stricken coal-mining camps of Virginia. A feature length film based on this book is in development.Jones received his Bachelor's degree in Psychology in three years from the University of Virginia and established the "Thomas Quinn Jones I Academic Scholarship" at his alma mater. Committed to helping the NFL evolve, upon his death, he committed to donating his brain for research to the Sports Legacy Institute which studies the link between high-impact sports and brain trauma. As a tribute to his twelve years in the NFL, he is also developing a documentary, "The NFL: The Gift or the Curse?"Jones splits his time between Los Angeles, CA and Miami, FL, with his dog and a hairless cat.