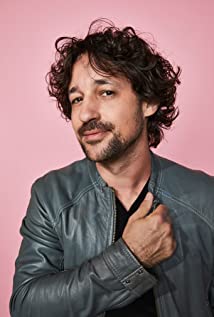 Thomas Ian Nicholas joined the Producers Guild of America while producing and acting in his most recent film, ADVERSE, a drama/thriller with a large ensemble cast that includes Mickey Rourke, Sean Astin, Lou Diamond Phillips, Penelope Ann Miller, Matt Ryan and more. In 2018, he produced and starred in, LIVING AMONG US opposite William Saddler and the late John Heard which was released by Vision Films, Sony Pictures (US) and FOX (Asia).Thomas began his acting career on Who's the Boss? playing a young Tony Danza. At age 12, Nicholas embarked on a series of feature films that would shape his young adult career, including Rookie of the Year, A Kid in King Arthur's Court. By 18 he had recurring roles on hit TV shows like Party of Five and the role of "Kevin Myers" in the extremely successful "American Pie" franchise.Nicholas began to focus on dramatic roles including the Roger Avary-directed The Rules of Attraction with Faye Dunaway, Jessica Biel and Stealing Sinatra, opposite William H. Macy.In 2009, he landed other exciting roles as a rookie cop in the drama Life is Hot in Cracktown with Lara Flynn Boyle. He portrayed Abbie Hoffman in the film entitled The Chicago 8. And as the role of Eugene in Nicole Holofcener's Please Give, opposite Rebecca Hall and Catherine Keener, in which he and the cast won the 2011 Indie Spirit Robert Altman Award.Recent releases include Walt Before Mickey, where Nicholas portrays a young Walt Disney during the struggles of his early life and career. He was also a series regular on Steven Spielberg's TV drama series entitled, Red Band Society.