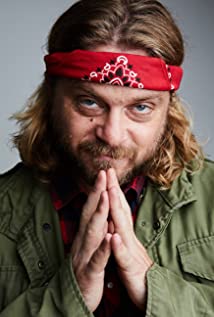 Thomas Blake was raised on a small island in North Carolina named Wrightsville Beach, on the outskirts of Wilmington. At an early age he became interested in acting and began doing community theater whenever he could. After two years in UNC Wilmington's Theater Dept. he moved to New York City to study acting at Uta Hagen's conservatory HB Studios. While in NYC he continued doing theater, started starring in indie films as well began directing both theater and film. In 2007 he moved to LA to direct, produce, and star in a theater production called Point Break Live! His work both as an actor and director on PBL garnered him major critical praise, including being named one of LA Weekly's People of the Year in 2009, and is still playing in Los Angeles making it the city's longest running show. PBL has since played in San Francisco, Vegas, NYC, Chicago and many other cities across the US. In 2011 he wrote and directed Terminator Too Judgment Play which has also seen great critical praise and has been playing in NYC, Los Angeles, and San Francisco ever since. In 2014 both PBL and Terminator Too played Bonnaroo Music Festival making them the first two theater shows to ever play at a major US music festival. Although busy with his theater productions Thomas continues to work in film in TV regularly. He strives to remain diverse in his quest to produce quality, truthful forms of entertainment whether in front of or behind the lens or curtain. Thomas is the owner of On The Fly Productions which produces all forms of entertainment from live theater to feature films.