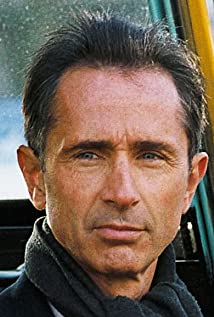 One of France's most popular actors, writers, and producers, Thierry Lhermitte has been appearing in films since the 1970s. Perhaps best known for work in farcical comedies, the tall, handsome actor has appeared in some of France's more outrageous films over the course of his prolific career.Lhermitte was born on November 24, 1952 in Boulogne-Billancourt, Hauts-de-Seine, France, to Rossanne (Bouchara) and André Lhermitte. His mother was from a Sephardi-Ashkenazi Jewish family, and his father was of French background. He began his career as one of the founding members of the comedy troupe Le Splendid. Among the troupe's other founders were Patrice Leconte, Josiane Balasko, and Michel Blanc, all of whom Lhermitte would collaborate with on future films. After his film debut in Bertrand Blier's Les Valseuses (1974) and a supporting role in Bertrand Tavernier's Que La Fête Commence... (1975), Lhermitte had his first screen collaboration with his Le Splendid colleagues, co-writing and acting in Leconte's Les Bronzés (1978). A farcical satire about a group of French tourists vacationing in Africa, the film proved to be phenomenally popular in France, inspiring a sequel the next year and a dedicated cult following.Lhermitte subsequently made his mark starring in a number of comedies, including Les Hommes Preferent les Grosses (1981) with Balasko, Jean-Loup Hubert's L'Année Prochaine...Si Tout Va Bien (1981) with Isabelle Adjani, and Blier's La Femme De Mon Pote (1983). He maintained a prolific work schedule throughout the '80s and '90s, continuing to play the romantic lead in comedies of every possible variety for a diverse array of directors.Lhermitte also continued to collaborate with his Le Splendid colleagues, starring in Leconte's 1993 Tango as a man intent on murdering his wife after she leaves him, and alongside Balasko in Grosse Fatigue, a comedy that featured Michel Blanc both directing and acting in a double role. In 1998, Lhermitte had one of his greatest successes to date as one of the stars of Francis Veber's Le Dîner de Cons. A witty comedy of manners, it featured the actor in top form as an arrogant publisher put in his place by the seemingly moronic man (Jacques Villeret) he has invited to his weekly dinner of idiots. One of the most popular films to be released in France in years, it was a phenomenal hit with critics and audiences alike.In addition to acting, Lhermitte has continued to work as a screenwriter and producer. In 1994, he wrote, produced, and starred in the children's comedy Un Indien dans la Ville; three years later he served as the associate producer for its American remake, Jungle 2 Jungle. ~ Rebecca Flint Marx, RoviChildren: Victor Lhermitte, Louise Lhermitte, Astree Lhermitte-SokaFather: Andre Lhermitte

The Mark of the Angels - Miserere