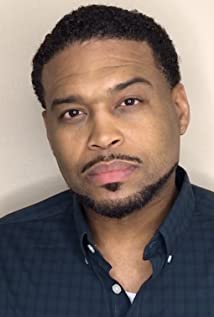 As the song states, "The Stars at Night are big and bright ... Deep in the Heart of Texas!" That's what Texas Battle has, heart. A heart and desire for acting. This young man is taking Hollywood by storm the past couple years! He will now be one of Daytime's hottest hunks as he just started a three year contract role on The Bold and the Beautiful (1987). Later this year his next feature will be released, Dragon Ball for FOX opposite Justin Chattwin and Yun-Fat Chow. Hailed as one of the biggest comic cook/cartoon series to ever come out of Asia, this film is expected to do quite well Internationally at the end of this year. Last year he booked his first series for HBO starring opposite Lily Tomlin in "12 Miles of Bad Road". He also recently shot a supporting role in the "Ferris Bueller-esque" teen film Senior Skip Day (2008). Last fall he starred in FOX's Wrong Turn 2. Texas is also remembered from his recurring role opposite Chad Michael Murray on One Tree Hill (2003). Since the success of his first studio film, "Coach Carter", staring Samuel L. Jackson, which debuted in the number one spot in the box office, Texas has been on a roll! Earlier this year Texas starred in New Line Cinema's Final Destination 3 (2006). Still unreleased, Texas had a great supporting role in Even Money (2006) (fka Jump Shot), opposite Nick Cannon, Kim Basinger, Forest Whitaker, Ray Liotta and Kelsey Grammer just to name a few, and a recurring role Will Smith's UPN series, "All of Us". With so many raw talents and with such a defined style Texas is sure to become a household name.Texas is a thespian, an athlete and some might even say, a renaissance man, bringing a character and style that is both original and refreshing. If he's not diving into his next script, Texas can be found kicking it on the beach, shooting hoops, or working on his next rap.His training began at the University of Texas where he majored in Kinesiology. Upon graduation, Texas started substitute teaching before following his dreams to Los Angeles. Texas spends the vast majority of his time acting and preparing for film roles and honing his skills of the craft. His other TV credits include The Bernie Mac Show (2001), "The Parkers" and "Committed," on NBC. His past motion picture credits include a co-starring role in The Wash. His dedication to his craft far exceeds the duration of the time he's been actively pursuing his goal of becoming a respected actor.Texas resides in Los Angeles.