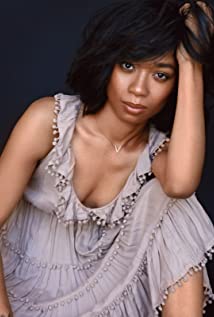 TERRI ABNEY cast as Mildred's (Ruth Negga's) sister in Loving, can be seen on-screen in John Hillcoat's Triple 9 and Peter Billingsley's Term Life. Terri recently starred alongside Gary Carr and Ian McShane in Dan Pritzker's Film "Bolden" set in the 1906, based on the Jazz Musician Buddy Bolden, which premiered in theaters May of this year.A native of Washington, D.C., she studied acting at the prestigious Duke Ellington School of the Arts and Clark Atlanta University. Her professional acting roots are in stage work, having worked in theater on the East Coast. Ms. Abney's film debut came with her starring in Ryan Richmond's feature Money Matters, playing the title role of Monique "Money" Matters, alongside Aunjunue Ellis. She reteamed with the director on his telefilm Lyfe's Journey and, most recently, the feature Chasing Waterfalls.She appeared in the premiere episode of Oprah Winfrey's hit television drama GREENLEAF, directed by Clement Virgo, and recurred on the first season. Ms. Abney's other television credits include, Donald Glover's FX Show Atlanta, a guest-starring arc on Game of Silence, and BET HER's One Crazy Christmas.Terri's first feature film "Victoria" is in development, which she is inking with her writing partner Rashonda Joplin. Terri recently participated in a live stage reading for the New Normal Series, Broken Barriers. Where she directed a stellar cast, who read a short version adaptation of her feature project "Victoria" in front of industry professionals.Between gigs, Terri continues to train as an artist and student of life.