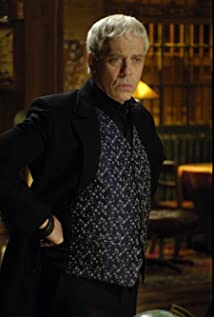 Terrence Vaughn Mann was born to Charles and Helen Mann in Ashland, Kentucky on July 1, 1951. Terry left Jacksonville University after two years there (1969-1971), and later graduated with honors from the North Carolina School for the Arts (1971-73, 1975-76). During his first summer in Paul Green's outdoor drama, "The Lost Colony", Terry was Ira David Wood III's understudy for the role of Old Tom. Terry eventually took over the role. Terry became the Children's Theatre Director for Raleigh, North Carolina's Theatre In The Park when David Wood broadened the theatre's scope. While at TIP, Terry appeared in a number of main stage productions including "A Christmas Carol", "The Taming of the Shrew" and "Romeo & Juliet". After spending a couple of years performing at the North Carolina Shakespeare Festival, Terry moved to New York and landed a spot in the chorus of "Barnum", directed by Joe Layton (Director of The Lost Colony.) Shortly thereafter, he auditioned for the role of Rum Tum Tugger in "Cats", and a star was born.Terry spent the rest of the 1980s starring in such films as Critters (1986) and A Chorus Line (1985), making television guest appearances on shows like The Equalizer (1985) and various soap operas, and originating such roles as Saul in "Rags" and Javert in "Les Miserables".Terry is happily married to his second wife, a fellow Broadway veteran, Charlotte d'Amboise. For the past ten years, he seems to have switched his focus to directing and TV movies, and has honed his talents by starring as the Beast in the Broadway production of "Beauty & the Beast" and Chauvelin in "The Scarlet Pimpernel". For a time, he served as Artistic Director for The North Carolina Theatre, based in Raleigh. Terry is currently working on a rock musical version of William Shakespeare's classic, "Romeo & Juliet". He has served as Director of "The Lost Colony" for the past two summers.