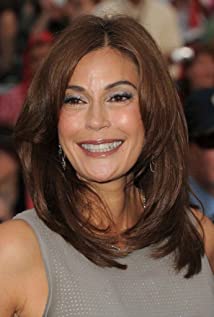 Teri Hatcher is an American actress, writer, presenter, and former NFL cheerleader. She is known for her television roles, portraying Lois Lane on the ABC series Lois & Clark: The New Adventures of Superman (1993-1997), and as Susan Mayer on the television series Desperate Housewives (2004-2012), for which she won the Golden Globe Award for Best Actress in a Musical or Comedy, three Screen Actors Guild Awards, and a Primetime Emmy nomination for Outstanding Lead Actress in a Comedy Series.Teri Lynn Hatcher was born in Palo Alto, California, the only child of Esther (Beshur), a computer programmer, and Owen Walker Hatcher, Jr., a nuclear physicist and electrical engineer. She has Syrian (from her immigrant maternal grandfather), Irish, English, and Czech ancestry. Teri grew up in Sunnyvale, California, and spent her childhood dancing, and fishing with her father. While at Fremont High School, she was captain of the Featherettes, a dance team that had the look of regular cheerleaders, with the exception of the large headdresses they wore. She was voted "Most Likely to Become a Solid Gold (1980) Dancer" by her graduating class in 1982. Hatcher studied acting at the American Conservatory Theater in San Francisco while taking a degree course in mathematics and engineering at De Anza College in Cupertino, California. She became a member of the 1984 Gold Rush, the name of the professional cheer leading squad of the American football San Francisco 49ers.Hatcher went to Hollywood to lend moral support to a friend during a open casting call. She, however, auditioned and won the role of the singing and dancing mermaid for the television series The Love Boat (1977). She went on to play "Penny Parker," a ditsy but sweet-hearted struggling actress on MacGyver (1985). When that show ended, she auditioned for and won the role of smart and savvy "Lois Lane" on Lois & Clark: The New Adventures of Superman (1993), saying that she didn't want to be stuck with the pretty airhead image she had acquired as "Penny Parker."She married actor Jon Tenney in May 1994. She gave birth to daughter Emerson Tenney on November 10, 1997. Later, she signed to play "Sally Bowles" in a road tour of Cabaret. The tour debuted in Los Angeles on March 2, 1999. Her final show was on September 4, 1999. She stayed out of the industry for a little bit before nabbing a role on the darkly comedic soap opera Desperate Housewives (2004), which could have been a huge mistake. The show turned out to be a mega-hit, which skyrocketed Hatcher to the A-list. Her portrayal of a divorced mother, "Susan Mayer," was consistently named as America's favorite "Desperate Housewife." Hatcher won both a Golden Globe for Lead Actress in a Comedy Series and the SAG Award for Female Actor in a Comedy Series before the show's first season was even over.