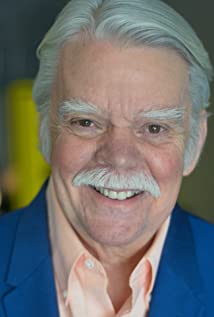 Ted is an American actor..with an international flavor. From Mooretown to Motown, Hollywood to Bollywood, Paris to Papeete, KarlMarxstadt to The Congo and back againTed Ferguson grew up in Mooretown, Shreveport's largest and toughest ghetto. 40 years of broadcasting experience in Los Angeles, Detroit, Pittsburgh, Paris, New Zealand...and more...before becoming a Film, TV and Commercial Actor.Ted retired from radio and work at the age of 50 in 1999, but decided, in 2005, to go back to LSU at the age of 57, full time, to fulfill a commitment. Ted flunked out in 68 in the middle of the Vietnam war. The purpose was to get off scholastic probation (from 1968 to 2005, 40 years)...Other Alma Maters include: The Sorbonne in Paris, UCLA Westwood, Victoria University Wellington, NZ...and LSUSTed was a Missionary in the Congo in the war zone building a Christian Radio station for the Church of Christ. and he taught English at a seminary in Vera Cruz, Southern Mexico.Ted's acting career started in 2005 with an extra role...that turned into a Principal Role..Blonde Ambition starring Jessica Simpson, Luke Wilson and Willy Nelson. Ted was one of 4 Norwegian Priests. Ted called the Norwegian Embassy in New York...and got them to translate the scene into Norwegian so that when he arrived on set he told the Casting Director that he could do the scene in Norwegian...Good enough for Scott Marshall, the director...and the career was born.Ted is fluent in French and very proficient in German (Lived in Berlin when the wall came down) and Spanish...A starring Series Regular role in Tropical Cops Tales on Adult Swim, A Mad Scientist in DC Comics' Doom Patrol, A Preacher role on AMC's Preacher and Astronaut Wives Club on ABC, Crooked Judge on NCIS New Orleans, Grandpa In Logan with Hugh Jackman, A Doctor on Tyler Perry's If Loving you is Wrong, a Matre'D working with Helen Mirren in Trumbo...and finally 2 Guest Star skits on the Jimmy Kimmel Show... Provides Ted with a wheel house chock full of Color and Variety... Written By: Jon St. Clair

The Crossroads of Hunter Wilde