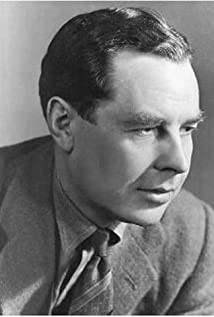 T.E.B. 'Tibby' Clarke graduated with a law degree from Cambridge University, but decided that writing was more his forte. He started on that career path first as writer for a magazine in Australia, than back in London freelancing as a journalist. He also had jobs on Fleet Street, worked in advertising, as a door-to-door salesman, briefly served in the police force and contributed a series of articles as a foreign correspondent based in Argentina during a military coup. In addition, he found the time to author five novels, the first of fifteen major publications to appear under his name.An interview with a scenario editor at Ealing Studios led to a contract and, from 1943 to 1957, he was employed as a screenwriter, at first in collaboration with others. From Hue and Cry (1947), he received solo writing credits and became noted for a series of imperishable comedies about English eccentricities that have remained uniquely popular to this day. Clarke was known to be a meticulous researcher and only needed a hook on which to hang his underlying fantasy premise. Already fascinated by archaic laws, he painstakingly looked for historical precedents for his comedy Passport to Pimlico (1949), finding them in the independent medieval duchy of Burgundy and posed the question : what if Charles the Bold had survived the 1447 Battle of Nancy and sought political asylum in England, say Pimlico, which might then, by default, be considered a principality of Burgundy ?For his caper comedy The Lavender Hill Mob (1951), he confronted a teller at the Bank of England with a note saying 'Information required on means of stealing gold bullion'. Within a short time, Clarke had three bank executives, including the managers of the bullion and the transport department, sorting out any plot-related problems as to where, when and how such a heist might conceivably succeed. 'The Lavender Hill Mob' won Clarke the 1952 Academy Award for Best Story and Screenplay. 'Tibby' used similar means of coaxing information out of British Railways officials for The Titfield Thunderbolt (1953) and the registrars at Lloyd's Shipping for All at Sea (1957).After leaving Ealing, Clarke worked only sporadically in the movies. He drew upon his own experience in the police force to write the police drama Gideon of Scotland Yard (1958) for John Ford (having had a previous hit with The Blue Lamp (1950)), and the following year collaborated on a screen adaptation of D.H. Lawrence's Sons and Lovers (1960) with Gavin Lambert, for which he received an Academy Award nomination. In 1974, he published a revealing autobiography detailing his work at Ealing, entitled 'This Is Where I Came In'.

A Man Could Get Killed