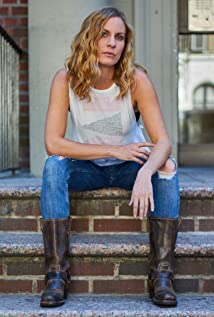 Born, raised, and still living in New York, her love for performance developed by the age of two when she began her dance training. She began acting in her middle school drama club and local community theatre, and continued dancing and acting throughout high school. She graduated Magna Cum Laude with her Bachelor of the Arts degree in Theatre/Performance from Fordham University at Lincoln Centre and received her Master of the Fine Arts in acting from the Actors Studio Drama School/ New School for Drama, both schools located in New York City.Her studies at Fordham were based primarily on the techniques of Konstantin Stanislavski and Jerzy Grotowski, while her graduate studies focused on the Method and the techniques of Lee Strasberg. Throughout her extensive training, she has had the privilege to study with such teachers as Lucille Lortel Award-winning director and a pioneer of biographical theater Larry Sacharow, Emmy and Tony Award-winning actor Ron Leibman, Emmy-winning director Gene Lasko, as well as many other influential actors and directors. She received additional training in Shakespeare and Acting for Film at the Stella Adler Conservatory in New York.She is a proud member of SAG-AFTRA and Actor's Equity.As a writer, her plays have been produced by Manhattan Repertory Theatre, Short Play Lab, and Spare Change Theatre Company in New York City. She has produced two short screenplays with two more in the works. Her first feature length screenplay "Anamnesia" was an Official Selection at several festivals and was nominated for Best Screenplay (unproduced) at the 2016 Northeast Film Festival Horror Fest.