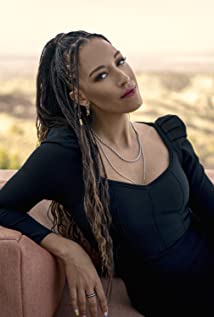 Tawny Newsome is know for playing Angela Ali in Netflix's Space Force, Ensign Beckett Mariner in Star Trek: Lower Decks, Gabby in IFC's Brockmire, and Chelsea Leight-Leigh in Pluto's Bajillion Dollar Properties. You may have also caught her in fun comedies like NBC's Superstore, IFC's Sherman's Showcase, and NBC's Perfect Harmony. She also hosts the Official Star Trek Podcast, Star Trek: The Pod Directive along with Paul F. Tompkins.Before LA, she had mainly been writing and performing her work on the Second City Mainstage in Chicago, or touring around with her bands (Four Lost Souls, Jon Langford). As a longtime collaborator of Langford's, for years they've made quirky, outsider country music with a shifting lineup of performers. Recently they had the pleasure of recording an album in Muscle Shoals, Alabama, with some of the original Muscle Shoals Sound session players.Her most recent project is a completely DIY rock record, made with fellow singer and longtime friend, Chicago indie darling Bethany Thomas. 'Material Flats' is a debut-for-the-two-of-them, 8 track, garage, punk, pop (with some alt-country splashes) fully independent album. She and Bethany co-wrote all of the tracks in June of 2020, whilst sheltering in place together in Tawny's home and studio in the Mojave desert. Tawny even engineered the record herself. It's a windy, weird, desert-punk album with a sweet side and an undercurrent of anxiety. Out everywhere October 9th 2020.