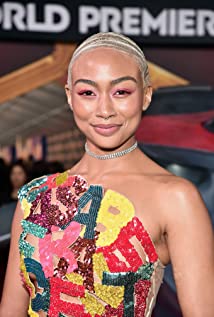 Tati Gabrielle, also known as Tatiana Gabrielle Hobson, was born in the Bay Area of California. She was raised by her Korean mother and lived a comfortable, suburban lifestyle. Her father, former Basketball star from Ohio, worked in the Entertainment Industry.At a young age, Tati's acting and performing talents were recognized. At five years old, Tati began modeling for Macy's and Nordstrom. By third grade she was starring in her first show, playing the role of Lemony Snicket in Lemony Snicket's "A Series of Unfortunate Events".When Tati was in middle school, she auditioned for a prominent performing arts school called, Oakland School for the Arts and was accepted into their theatre program. During her time at OSA, Tati performed and directed several productions and later went on to receive many awards for various theatre festivals including Edinburgh Festival Fringe in Scotland. Tati was able to work diligently during her high school years to graduate with a 3.7 GPA. After high school, Tati relocated to Atlanta, GA where she attended Spelman College where she majored in Drama and French.In late 2015, Tati moved to Los Angeles and since has booked roles in Sony Animation Pictures, "Emojimovie", guest starred on Nickelodeon's The Thundermans, recurring on Disney's "KC Undercover", SAP national commercial, recurring on CW's "The 100" (Season 4), supporting in "Hollow Body" feature film and a series regular on TBS's new animation "Tarantula". Tati is committed to preparation and desires to make a career in acting. She will continue to hone her skills in hopes of a long and successful career. Follow her to watch as she makes her mark on the entertainment industry.